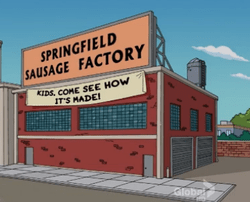 Another week, another surprising turn of events in the world of Brexit.

The pace of life these days is so high that things that might have occupied political life for weeks by themselves have been compressed into days, or even hours.

A leadership confidence motion flashes by, new constitutional principles are created from nowhere, alliances are forged and broken: and all we get to do is take the briefest note as we hurtle to the next date with destiny.

Except there is no destiny, no path that is laid out for us: instead, it is our choices that shape is to come.

In an environment where there is so much uncertainty and where the range of potential outcomes still looks wide, there is a strong incentive to do what you must to get ahead.

So we see Theresa May running down the clock to create growing panic that rejecting the Withdrawal Agreement will necessarily mean a no-deal exit.

We see Remainers pushing for another referendum, coopting the language of a ‘people’s choice’, or exploring the legal routes to revocation.

And, most recently, we see Parliamentarians working to increase their role in the process, challenging precedent and fighting to carve out space.

None of these agendas is intrinsically illegitimate and form part of an active and vibrant democratic system.

But democracy is also about limits to power, checks and balance and, most importantly, legitimacy. In contrast to other forms of government, there is a voluntary tying-of-hands by the political system, both constitutionally and procedurally. Central to this is the compact that is made to exercise power responsibly.

This is such a commonplace that it’s easy to forget, especially at times of crisis.

In the rush to advance preferred outcomes to Brexit, we have sometimes neglected to think about the process. If there is to be a lasting and stable resolution of the current situation, then not only do we need a fair and just outcome, but a fair and just process in reaching that outcome.

Process issues have long poisoned the UK’s European policy, from the ‘unfair’ 1975 referendum to the ‘unfair’ 2016 referendum, the ‘integration by stealth’ and the myriad contortions by all sides in Parliament.

An unfair process – even a process that is seen to be unfair – robs an outcome of some (maybe even most) of its legitimacy. No one likes to feel they’ve been lied to, in any setting, and in a political situation there is the added aspect that there is someone out there offering you a fairer alternative (however you define that).

As we enter a particularly fraught period, we might do well to keep that in mind: the procedural choices we make now might make our future range of options even more problematic than they already are and weaken the public’s overall trust and confidence in the system.