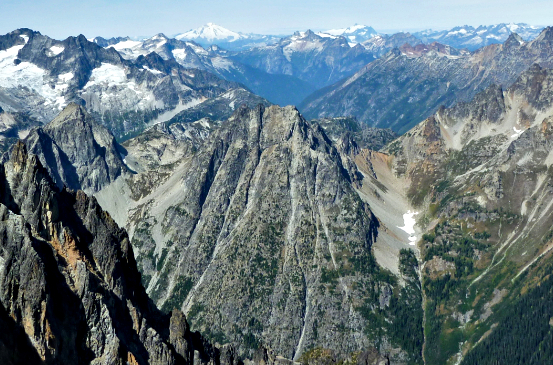 Let’s call this the age of Gloomy Dawning Realisation.

Since the start of the year, every day has been filled with examples of How It’s All Going To Be, as various individuals and sectors click that what we have is what we’ve got.

This seems an odd way to put it, especially since those of us working in the field all talk about an era of permanent negotiation: surely this can’t be it?

But that negotiation will be within a framework, that of the Withdrawal Agreement and the Trade & Cooperation Agreement. That framework is here to stay, for the foreseeable future, and it imposes some hefty limits on what is even discussed.

Crucially, the two treaties will persist because they secure – as much as international treaties ever can [cough] – the key interests of the larger party, the EU.

The WA is very clearly about this, providing a schedule for resolving the financials, protecting citizens’ rights and creating a durable (and discrete) mechanism for Northern Ireland.

But the TCA also does something simply, giving legal footing to post-membership arrangements on trade and fish, as well as a single mechanism for future negotiations.

In short, if you want to talk to the EU, then this is how you’ll talk to it.

From a perspective of those days when we might well not have had a deal at all, this is all well and good, but we should remember that this deal still stands a long way closer to Not Much than to the Very Close Friendship that was seen as a viable/desirable outcome in 2016. In many ways it’s the bare minimum given the particularities of the UK’s situation.

But a deal is a deal and how it’s hard to see either side wanting to bin it in a hurry, given the pain of getting to even this.

Which creates something of a problem.

As Jon Worth rightly notes, most of our attention seems to be on the UK these days: lots of thought-pieces and blogs about the challenges that the country faces in making the relationship work (I’ve done just the same BTH). But the same is true, he argues, for the EU.

Having gotten through the crisis phase of Brexit, there’s now a need for a serious discussion about how best to manage relations with the UK, something that Jon discusses better than I will. And it speaks to a bigger point, namely that whatever the institutional arrangements, the EU also needs to consider its policy.

And here the successes (possibly ‘successes’) of the WA/TCA come into play.

The EU might well feel that it has secured its key defensive interests: it’s got legal commitments from the UK, plus enforcement mechanisms, so its back is covered.

But just as the UK has been driven by what it doesn’t want, so too is the EU at risk of simply avoiding the bear-traps. In neither case is there a constructive plan of engagement, or even of management.

And this can’t simply be put down to the UK’s vacillation about what it’s aiming for: the EU seems to be at risk of getting stuck in arch “well, this is the consequence of what you asked for: Brexit means Brexit, no?” rhetoric, rather than anything more.

For all the other priorities that EU leaders have, the absence of open conflict with the UK cannot be the sum total of their policy, not least when the UK can be a useful and significant partner in achieving other objectives. Climate change and security are just the two most obvious examples.

But there is no strategic vision on the EU side, just as there isn’t on the UK’s. No policy papers are circulated, no discussions are held, nothing more than a vague sense of “thank goodness that’s settled”.

If there is one thing that both sides might have learnt from the longer-term experience of EU-UK relations, then it would surely be that benign neglect doesn’t really work.

The UK seems intent on continuing to use the EU as a scapegoat, even as it (the UK) fails to appreciate that it’s now a third country and so much more liable to unfriendly retaliation.

The EU might well have succeeded in getting much of what they wanted in the WA/TCA, but they risk playing into the UK’s narrative of high-handedness and falling into future spirals of tit-for-tat.

In short, with neither side knowing where this is going, the field is clear for others to start plotting a course that neither wants to take, so it’s essential that one, the other, or both start to pick up the reins and lead.

To take back control, if you will.

What next? | Onwards, certainly. Upwards? | The TCA as an entanglement | Mapping the next period of Brexit | Another day, another deadline |