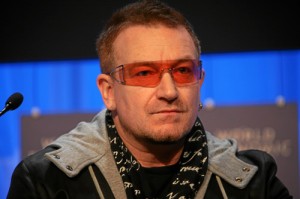 cui Bono?
(I am available for after-dinner speeches, at modest rates)

In short, everyone seems to suffer from the uncertainty about the dates. With the possible exception of David Cameron. And, unfortunately for the rest of us, he’s the one person who actually gets to decide these things.

For Cameron, uncertainty is his friend. It allows him an adaptable timetable within which to improve his position – both externally with EU partners and internally with his party – and to keep those who would oppose him on the back foot. No one wants to peak too soon, in case it’s a long run campaign, so everyone has to hold fire. In a context where the Leavers seem to have a financially strong position, better to nullify that by forcing them to delay much of their spending to the official campaign period, when spending limits apply.

But this is only one aspect of the timing issue. The other is the matter of when to hold the vote.

Now at this point, I’d be linking to articles about timing, but there are so many, with such contradictory views, that it’s actually not very helpful so to do. Instead, let’s flesh out the main options.

First option is the ‘early dash’. In it’s purest form that has now passed: a rapid renegotiation and vote by the end of the summer would have built on the surprise win of May and used the opposition’s disarray to minimise resistance. However, the shock of winning seems precisely to have disorientated Number 10, who clearly lacked any developed plan to press their advantage: making it up as you go along sounds simple, but in practice it often slows things down.

In its current form, the ‘early dash’ means wrapping up the main points of renegotiation around this month’s European Council, then moving towards a June 2016 vote. This would avoid foot-dragging and provide some focus to the renegotiation, which has had to compete with other major issues all through this year.

The slower option is the ‘late summer glow’, extending things out to a September vote. This gives more time to negotiate on more contentious issues (i.e. welfare) and to build up a Remain campaign that knows better what works. This is probably as late as one would want to leave matters for a 2016 vote, assuming the ‘wintry’ half of the year isn’t the best environment for getting out a largely unenthusiastic Remain vote.

However, there is also the opposite view, the ‘why do today what you can put off to tomorrow?’ option, that says 2017 is the right time to vote. To expand on the ideas already mentioned, it gives most time to negotiate more substantial concessions (partly because everyone will be sick and tired of it by then; even more than now) and to arrange the pieces to best effect.

But this also comes with great costs. 2017 is littered with electoral perils: most obviously, French and German elections that won’t lend themselves to the making of concessions. It also moves the UK a lot closer to the 2020 general election, which – you’ll remember – Cameron isn’t going to contest as party leader, so the Tory leadership election becomes ever more pressing. And, as 2015 has shown, events do get very much in the way: it’s hard to see how a repetition of this year’s migrant/refugee crisis can be avoided next summer, for example. And finally, everyone knows that the end of 2017 is a hard deadline for Cameron, so he has to hold his vote by then, so leaving it until much closer to then invites other parties to fail to concede ground, because he’ll probably have to take what’s on the table.

In short, 2017 looks like a rubbish option, even among the other not-good alternatives. so why does it keep on coming up?

The first thought is that this is partly a negotiation tactic. Cameron can occasionally float the notion of delay to scare/bore partners into trying to get a move on: no-one seems to like this sitting on the table, as Tusk’s letter this week highlighted. However, it’s a tactic that will only have diminishing returns, especially as the patience of others runs out (as this nice piece demonstrates).

The second thought is that this is some nefarious plan by sceptics, to run the whole process into the mud, where it can flounder (yes, I know that’s a mixed metaphor, but you know what I mean). Polly Toynbee suggested this version of events this week, although it did read as a rather paranoid view of events and one that required such a concerted effort on the part of the sceptics as to inspire some disbelief.

Which leaves a final possibility. If there’s no intentionality behind it, perhaps it’s just a reflection of the lack of strategic planning by Cameron, whose attitude to date has been one of making a silk purse from a sow’s ear. This explanation most closely matches what has already been seen so far; there’s scant evidence of a grand plan, only tactical responses to events. More personally, it also reflects my preference for what I now discover I should term Hanlon’s razor. How far Cameron can go with trying to make the best of a bad situation (of his own making) remains to be seen. Maybe until 2017.