To look at Twitter (or the academic conference schedule), the European elections are almost upon us. With them comes the familiar litany of concerns about falling turnout, democratic deficits and all the other tropes. While these have some basis in fact, such debates tend to present a rather distorted view of the world (turnouts are down across all elections; all democracies are deficit on some measure) and – certainly in a lay context – obscure as much as they reveal. 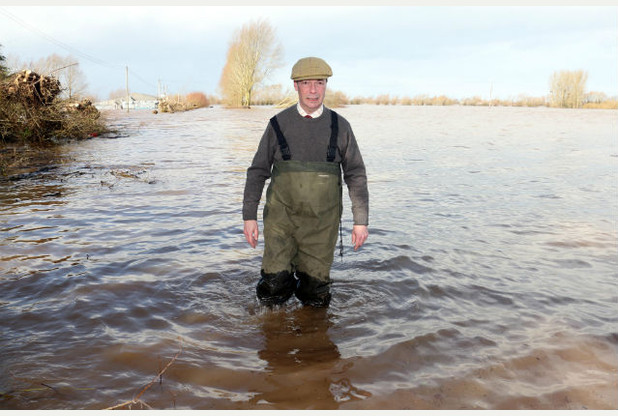 Choose your own euphemistic caption

Much the same can be said for discussion of euroscepticism.

Over the past couple of years I have been asked to present to numerous academic and practitioner groups about this phenomenon, which is great for my on-going collection of train numbers. In these presentations I try to convey the breadth of euroscepticism, its emergence across the political spectrum and its lack of single ideological motor.

In response, I used get asked about UKIP.

At several levels, that’s fine and understandable. UKIP is the most high profile anti-EU group that exists, it has reputational traction even outside the UK and it looks set to secure a first place in the EP elections. Ask someone to name a eurosceptic and I’d guess everyone’s favourite man-for-a-photo-op, Nigel Farage, would top the list.

However, it is also indicative of the way that UKIP has crowded out most of the eurosceptic movement in the UK.

Historically, the UK has had the most developed and diverse ‘ecosystem’ of sceptic groupings of any European country. From trade unions, to those who fought to keep imperial weights and measures, from greens to libertarians, whatever your interest there was a group that shared it and translated it into opposition to the EU.

That has died back, for two reasons. Firstly, the European issue isn’t as hot as it was back in the 1990s and several groups lost members and direction. But the second factor has been the push by UKIP to position itself as the voice of euroscepticism in the UK.

In this, it has the inestimable advantage of being a party, which allows it opportunities to gain public profile that others do not have: even the old Business for Sterling grouping of the late 1990s was much more of a elite-level pressure group than a public campaigning body. Moreover, as a party, it could accommodate more than one issue at a time, not least through its positioning as a party of protest.

To be clear, UKIP has not done this without problem or complaint by others: suffice here to say that you could fill a very large venue with people who have fallen  out with UKIP, or who never liked them (Greg Lance Watkins is a good starting point). Famously, the party doesn’t even have the support of its founder, Alan Sked.

Why does this matter?

Firstly, it matters because it should remind us that UKIP is not the same as ‘euroscepticism’ and does not speak for all eurosceptics. It’s understandable that we wish to put a face to a phenomenon and to be able to say “this is what it is all about”, but that is also dangerous. Quite apart from UKIP’s own internal divisions, the scope of sceptics’ concerns are much, much wider than what Nigel says; if we assume that ‘solving the UKIP problem’ will solve euroscepticism, then we are likely to have a very rude awakening. One of the reasons euroscepticism has been as successful as it is, is precisely that is broad-ranging and adaptable.

Secondly, it matters because the strategy that is most likely to work in reconciling sceptics with the EU – engagement and debate – is not going to possible if there is no appreciation of the nuances (and this isn’t really even a nuance, frankly) involved.

So next time you think of euroscepticism, make the effort to think of someone or something that isn’t UKIP.