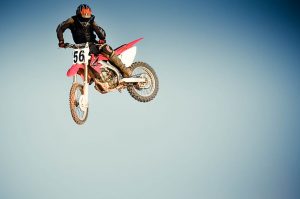 The eerie quiet of negotiators, um, negotiating means we’ve seen very little of the Future Relationship process of late: everyone’s too busy trying to work up texts and compromises to brief outsiders. Which makes it a good time to consider an aspect of the ratification problem that’s not been much seen so far: what happens if there’s a deal, but ratification can’t be finished by the end of 31 December? So far, we’ve tended to think about things as a case of there being a deal or not and then sticking to that as a binary. But clearly, this isn’t the case: as we know, a collapse of the Future Relationship process still leaves the door open to future efforts to address each sides’ interests. And it’s also true that if the current talks do produce a treaty that each side wants to ratify, then failure to do so by the end of the year doesn’t kill it. This is because while the transition period – with the UK following all elements of EU membership, bar representation and voting – runs until New Year’s Eve, there is no such time limit on the negotiating mandate of either side. Yes, both are committed to ‘best efforts’ to hit the deadline, for a seamless jump from one arrangement to another, but as we know from earlier discussions about this, it was both practically and legally impossible to make that an obligation. So the possibility of a gap exists. Broadly speaking, we could see this gap in one of two variants. The first is the ‘half a mo’ version, where ratification is underway, but someone just runs out of time to complete their processes (the IfG have a good run-down on this): if we have to go down a route of EU27 national ratifications, this is a distinct possibility, even if Christmas closures do leave some margin for extra sitting days for legislatures (I leave you to ponder how sympathetic parliamentarians might feel to that, especially given everything else on their plate). In this scenario, the gap is likely to be small and everyone’s pretty obviously on board with the programme. This points to a short window when no arrangement would be in legal effect, but the rapid arrival of the new deal would give much leeway to let everyone neglect to enforce the full weight of a no-deal scenario. Given that there’s been much discussion in EU circles about progressive introduction of controls post-January in the latter scenario, this could be an extension of that principle, knowing that things would be on a firmer footing shortly. In brief, here we might see a short period of soft-pedalling, which itself might be used as a way of demonstrating good faith. Which is also why we might think it less likely than the second variant of the gap: the ‘err, hang on chaps’ model. Precisely because the first version is grounded in some genuine procedural problem, we have to imagine that both sides would know this was coming and would seek to avoid it at all: better to have no gap than even a small one, especially if we’re trying to rebuild trust. However, as we’ll recall from 2018-20, ratification is not only about your relationship with the other negotiating party, but also your domestic constituency. To take the obvious case, will Number 10 be able to carry the backbenches on a wave of a ‘world-beating’ deal, at speed and without rebellion? Particularly given that some of the scales might have fallen from their eyes now that they’ve had time to consider whether the Withdrawal Agreement was actually what they thought/said it was? One consequence of that saga is that the EU will be pushing for more explicit language about dispute settlement and governance, which even the less assiduous readers of treaty texts might pick up on. And the sailing might be no easier on the EU side, especially if the concessions made fall too obviously on any one member state (e.g. France and fisheries): clear problems for one might be enough to put the brake on and to send Barnier back to try again. Again, the calculation here might be that the UK needs this more than the EU, so the former will have to cave in. However it goes, big problems on any side are liable to mean that we’re back into that territory of renegotiation, and that would be occurring through the end of transition. Here it would be much harder to sell the gap as brief or underpinned by rebuilding trust, which in turn makes it harder to keep everyone on board. Indeed, if it turns out that the world doesn’t fall apart on 1 January, some in the UK might decide that it’s actually not so bad after all and pack it in (even though that would be partly because of that progressive re-introduction of controls mentioned earlier). At the very least, this kind of gap would be one that contained much more potential to collapse the process of negotiation, and to see the full effects of no-deal occur. Even if a deal could be patched up and pushed through, the experience would do little to improve the quality of the relationship between the EU and UK. All of which might be a long way to say that if you want a deal, you also should really not want a gap.