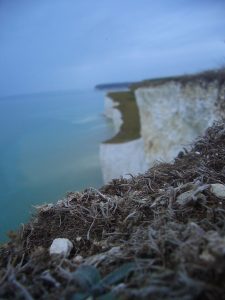 So now we get the proposal. Yesterday’s release of the letter to the Commission and the explanatory notes was long awaiting, albeit without much holding of breath. Number 10’s approach has long been this: to raise the fears of a no-deal outcome, then to rush in with a last-minute offer (a ‘fair and reasonable’ one, no less), so that either everyone gratefully falls on it, or they reject it and so become the bad guys. Plenty of others have picked apart the mechanics of the proposal elsewhere, and much more effectively than I could, so I’m going to focus instead on a somewhat higher level of analysis, namely the functional (non-)equivalence between the proposal and the current backstop text in the Withdrawal Agreement. This matters because one of the tests that the Commission is going to apply in its consideration of this offer is whether it provides the protections that the EU has always sought to secure for Ireland. A quick recap The backstop text we saw agreed last year serves a double purpose. Firstly, there is a general effort to move from one EU-UK relationship (membership) to another (the future partnership). The Withdrawal Agreement provides some time in a transition in which to negotiate the latter of these. If, however, it turns out that those negotiations can’t be completed by the end of that transition, then the backstop kicks in, to ensure a maintenance of Good Friday Agreement-related matters. But it only applies until such time as the EU and UK can find that agreement on the future partnership, which can supercede all or part of the backstop. And this is the second function: to ensure that whatever the future relationship, there is a standing protection of GFA elements. Disapplication of the backstop requires agreement of both EU and UK, so no unilateral action is possible. Recall that not only is the GFA based on consent, but that the entanglement of Ireland into the EU means that the EU itself gets involved in GFA matters, a situation that the backstop embeds. In short, the backstop is intended to make sure that already now there is a legal obligation to maintain the GFA arrangements, as expressed (in part) through EU rules. And the proposal? The UK proposal takes a rather different approach. In the cover letter, Number 10 describe the backstop as a ‘bridge to nowhere’, because the government intends a future relationship that doesn’t involve participation in either the customs union or the single market: why keep a high level of integration when the end point is more distant? As such, the proposal is that the EU and UK use the transition period to talk about mechanisms to implement a structure. That structure would also need the approval of the Northern Irish Assembly, which would also give periodic (every 4 years) re-approval for the continuation of the system. This is not a backstop, to be clear. Firstly, rather than make legal commitments now on a structure (as in the Withdrawal Agreement), the UK says it would only be committing to discussing that structure. We don’t have the legal text, but the note says nothing about what happens if no agreement is reached in time. Secondly, by giving Stormont unilateral power to end the structures, it removes any legal certainty for Ireland and the EU about the permanence of it all. Thirdly, while there is a commitment to the GFA, the proposals do require changes in border arrangements: customs checks would be needed (even if away from the border) and there would also be regulatory checks between Northern Ireland and the rest of the UK. That’s not incompatible with the GFA, but it would mean a parallel process of consent from the relevant parties. So? The underlying issue would seem to be that this is not a dressing-up of the backstop in language that might be more acceptable to UK opponents of the Withdrawal Agreement. Instead, it is a fundamentally different way of tackling the Irish dimension and one that is likely to cause much anxiety in Ireland and the EU. Top of the list is going to be the lack of certainty and automaticity about it all. The current text kicks in with a clear timeline and pre-established rules. The proposal is largely an agreement to talk. Given the state of British politics of late, how much confidence can the EU have that talks are even possible, let alone likely to succeed? Most obviously, the stated intention to work for only a Free Trade Agreement as the future partnership may indeed hold for this government, but this government might not be the government in a couple of months’ time. But even if it’s not, if the EU does give ground on this, then it’ll not be able to regain it with any new occupant of Number 10: the backstop is not just a problem for the Conservatives. Ironically, the government’s strategy of hanging everyone over the cliff makes it less likely that this might all come together.