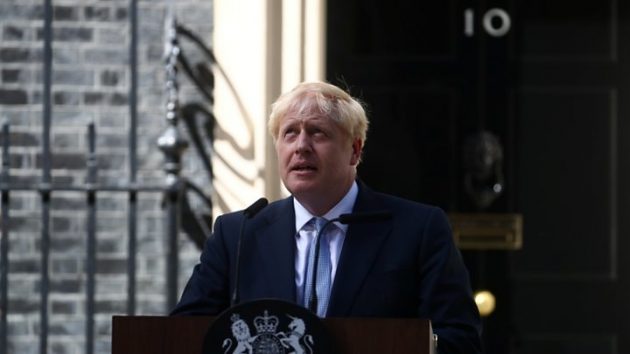 There’s much to consider from Boris Johnson’s first half-day in office, but let’s focus on a central question: what is his Brexit policy?

At one level, this is perfectly clear: the UK must leave the EU on 31 October, “no ifs, no buts”, ideally with a deal, but without one if necessary.

But this is not nearly as simple as it appears.

Let’s start with the deadline itself: 31 October.

Johnson advanced no particular logic for this date in his first speech at Number 10, noting only that: “…we are going to fulfil the repeated promises of parliament to the people and come out of the EU on October 31.”

But that date wasn’t a promise made by Parliament, since it’s the result of a government request to extend Article 50 to that date, to which the EU agreed.

Moreover, Parliament has repeated rejected the option of not leaving the EU, so it can’t be that either.

Presumably, Johnson means that this has all taken too long, “because the British people have had enough of waiting.”

Fair enough, but then still his approach doesn’t stand up.

Johnson suggests that his Plan A is to secure a revised Withdrawal Agreement (WA) – “without that anti-democratic backstop” – by this deadline.

But as the Institute for Government has been pointing out, the Withdrawal Agreement Bill (WAB) that would be necessary to translate the provisions of the WA itself into British law would take at least 10 sitting days to pass Parliament. Factor in that this would not be an uncontentious piece of legislation – more Maastricht than Nice – and the government’s lack of majority in the Lords, and could easily find that all the remaining sitting days before 31 October would be needed.

And that’s even before whatever time is needed to renegotiate the WA’s contents, something that now looks set only to begin in September.

Since Johnson says that no-deal is not the desired outcome, then renegotiation is a serious intention, but in a situation where he secures a new text, there is no indication of how he would deal with finding himself half-way through WAB approval on 31 October. Does he ditch it because of the “no ifs, no buts” deadline, or does he push it back, because a deal is what he wants?

So maybe the intention to renegotiate isn’t sincere. Certainly, there is still to be an suggestion of what an alternative WA model, without backstop, would involve, and it’s hard to imagine what that might be, given how picked-over this ground has been for the past 18 months.

In that case, maybe the time to 31 October is really about no-deal preparation.

But the government has long claimed it is ready for no-deal, so why delay until 31 October?

If people have had enough of waiting and there’s no realistic chance of renegotiation on the terms set out, why not just cut loose now and tell the EU it’s not going to happen: the sooner, the better for taking back control, no?

The first is that the UK is evidently not ready for no-deal. Johnson himself promised a ramping-up of preparations thereon in his speech. The NAO still doesn’t report operational systems on critical border infrastructure.

And this is maybe the crux of the matter.

Packing the Cabinet with the Leave true-believers certainly sends a signal about determination, but it doesn’t change the Parliamentary arithmetic at all. Indeed, piling 17 rather annoyed ex-ministers onto the backbench at this time looks bold.

As it stands, Johnson doesn’t have a plan for Brexit renegotiations that will be acceptable to the EU. Thus the wheels move to a no-deal scenario, which in turn makes Parliament have to decide if it will let that pass.

This gets us either to Parliament forcing the government to seek an extension, or to a general election, be that through a vote of no confidence or through Johnson’s belief that he can flip voters during a campaign.

Of course, a general election gets us into the muddy waters of what happens should that election occur after 31 October (something that’d be the case with any election called after the start of October), given the effective absence of a Commons during that period.

Which brings us back to the initial question: what is the objective of Johnson’s policy?

Given that the nominal approach appears to have no chance of success, perhaps this is just the latest in a long line of efforts to avoid blame: we wanted to renegotiate, but they didn’t; we wanted to leave on 31 October, but they stopped us.

That makes some sense, when faced with a set of poor choices, but it doesn’t address the underlying issues.

It may well be that “No one in the last few centuries has succeeded in betting against the pluck and nerve and ambition of this country”, but those things do not solve problems by themselves.