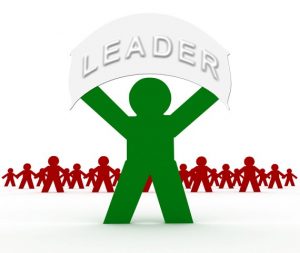 So today we find out who will be the final two candidates to become the new leader of the Conservative party.

It’s also the day that we find out whether the EU has made any progress on selecting individuals to fill the top jobs at the Commission, the European Parliament and the European Council.

Individuals clearly have a role and a weight in politics: whether it’s their charismatic leadership, their technocratic expertise or their oligarchic connections, they can make a difference to a situation.

In this case, it’s possible that a new Prime Minister will be able to cajole fellow MPs to vote in support of a plan in a way that Theresa May wasn’t. If nothing else, none of the remaining candidates has a similar political decision-making style to May, of an exceptionally small circle of advisors, with whom choices are made and then stuck to with scant regard for others’ views.

If one assumes that part of the blockage on withdrawal from the EU was the failure of May to keep her party on-board with the evolving negotiations with the Commission, then here is an obvious opportunity.

Likewise, new leadership in the Commission and European Council might open up more scope to jiggle the EU27 along to make some accommodations on the other side of the table. That might be both because they have a less antagonist relationship with the new Prime Minister and because they are not beholden to previous discussions and commitments.

Reading through those opening paragraphs looks like an exercise in wishful thinking, in many ways.

As the EU has made clear, the issue was never May per se, but the situation she was operating within. In particular, her inability to command a robust majority in Parliament raised concerns about her capacity to deliver on commitments made.

A new PM might well be more commanding of his own party, but that party still doesn’t have a majority by itself and even with its partner, the DUP, there is now only a working majority of about 4. Recall that figure includes a number of backbenchers who are profoundly unhappy with the prospect of (in some cases) a no-deal scenario or (in others) anything other than a no-deal, and the scene is set for the new occupier of Number 10 to discover that they are not the individual who counts in all this.

Importantly, none of the candidates is offering a fundamental shift from May’s decision to go down the party-political route: reaching across the aisle to build a wider coalition is neither likely to be offered, nor to be accepted by an opposition who feel ever more confident that an early election is in the offing.

Likewise, connective as Jean-Claude Juncker or Donald Tusk have been, they have still been just that: connective. Their authority and locus has been built on the high level of support from the member states, which itself has come from the robust defence of their interests in the central institutions of the EU. At its most prosaic, any new European Council President who sells out Irish interests to try and close the Withdrawal Agreement is likely to find their position deeply troubled. EU unity to this point has been built on deep recognition and respect of members’ interests, not on coercive leadership from above.

And this is even before we consider that the current EU leadership group has been very well-disposed to the UK, most obviously in helping to make adjustments to the Agreement to improve its chances of approval by the UK Parliament (or so they were told).

Taken together, the most substantial danger right now is buying into the view that we just need to shake things up with a new Prime Minister and we’ll be good to go: Theresa had a jolly good go at things, but now someone else needs to take the reins of power and bring them a good old tug. Tugging might make that person feel better, but it doesn’t necessarily address the underlying issue.

All of which is to take us to a situation where we are going to use more of the (limited) time available focusing on elements that do not resolve the Brexit blockage.

Even with a new Prime Minister in place during July, the EU side will take some time yet to get its house in order, even without factoring in the summer break. That means September is likely to be rather frantic in London, Brussels and various EU27 capitals, as everyone tries to take stock of what has (and hasn’t) changed.

Even force of character isn’t suddenly going to give a new Prime Minister a robust majority, so the question will become one of whether you have to go down the path of building such a position by the more conventional means of an election. As the British political vernacular would put it, that might be very courageous.