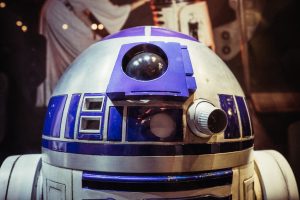 I spent most of the day yesterday hanging around* a big bunch of procurement managers: I was very well-behaved and even at the point of speaking to a trio of Chief Procurement Officers I didn’t make a Star Wars droid joke.

This was an annual world congress for such individuals and it was very instructive to get a different take on Brexit from them, while enjoying the superior catering afforded by corporate sponsorship.

The first big message was that Brexit has become ever more normalised into their practice. It was a shock, it required attention (very substantial in many cases), but now it’s just hanging there and there’s no much to be done.

Most obviously, the contingencies for no-deal were put in place for 29 March, so the big leg-work on that front has been done. There was a recognition that those plans would need on-going attention, especially as a short-term contracts for stockpiling come to an end, but the procedural side was taken as being more permanent.

The second message was that Brexit sits within a much wider context of change. Sustainability got a lot of discussion as a factor that would be shaping every aspect of the business cycle in profound ways, from production to packaging to consumption patterns. To listen to the CPO of a large brewer talk about moving from mega-breweries to micro-breweries where customers will bring their own glass to one around the corner was to be struck be a shift that is much more disruptive to practice than what happens to UK membership of the EU.

But the third message was that the ideal posture on all this was agility: being willing and able to jump into new modes and exploit the opportunities that come with change.

I’ll admit that this is where I part company with the procurement crowd, mainly because politics isn’t like business.

One of the great strengths of capitalism has been its willingness to turn over what there is and offer something new, be that a product or a process. If it produces outputs that are more attractive to consumers then it wins out, propagating out and pushing the old to the side, to atrophy and die.

But representative democracy offers a different approach. It allows (indeed, promotes) the competition of ideas, but within a closely-bounded market. Changing the rules of the game requires the buy-in of all involved, because the rules are there to protect everyone’s interests.

All of which explains better why business seems to have moved on when politics hasn’t on Brexit.

The former sees uncertainty and costs and seeks to minimise both: initially that meant generally being pro-Remain, but then switching post-referendum to the likely course of leaving, and more recently talking more about simply making a decision, so that the contingency plans can either be used or rolled up.

Politics also wants to minimise costs, but here the costs are multi-directional: it’s not simply (or even primarily) an economic calculation. The choice itself on whether to leave with a deal, leave without one or no leave at all was follow success in political decision-making: you can’t have all three and then see which is working out best.

If business (or these procurement managers, at least) talk of agility, I’d talk of resilience: how to make political decisions that permit the rules of the game to endure?

This isn’t to criticise business, but to note that it’s all too easy to draw across learning points that don’t really work in a new context.

That said, there is one commonality that informs both worlds: you have to work with what you have. It’s great to dream of a different world where the problems you face don’t exist, but that doesn’t make them go away.