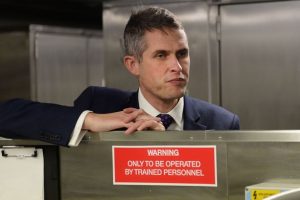 Yesterday’s sacking of Gavin Williamson, following an investigation into the leaking of a decision of the National Security Council on the use of Huawei components in the UK’s 5G network, was a big shock, both for its speed and its timing (don’t forget to vote today BTW).

There’s nothing to be gained at this stage in exploring the affair itself, as there’s a strong sense that there’s a good deal more road to go on it, especially if Williamson’s protestations of innocence are proved right (and even if they’re not).

But we can already note that this casts some useful light on Brexit.

Firstly, it reminds us that Brexit isn’t the entirity of British politics. As I’ve noted before, while central and dominant, it doesn’t mean there’s not all the other stuff still going on. To take the matter in hand, the 5G decision was tangential, at best, to Brexit in its substance and its constellation of relevant decision-makers. And in the scheme of things, it’s a pretty minor matter compared to the blockage on decisions relating to health, education, welfare and the other big lumps of public policy.

Indeed, today’s a good day to think about this, as people go to vote in local elections, where Brexit is frequently seen as a distraction for the practicalities of local politics. To place everything in the prism of Brexit – and yes, I know I’m doing exactly that here – is to risk loosing sight of a crucial part of the picture.

Which leads to a second observation: Brexit is connected to other political decisions and event.

Even if there hasn’t been a direct link to Brexit, the unfolding of this affair will have impacts on it. To pick a few examples, we might consider: the speed and robustness of May’s sacking of Williamson as a prelude to other bold decisions (if it plays out well, then she might feel emboldened); the difficulty in reshuffling the Cabinet to keep the balance of Brexit forces within it; the reshaping of the Tory leadership contest as a result of Williamson’s removal as a would-be kingmaker; the impact on UK-China relations, which might shape the opportunity structure for post-Brexit trade deals; and so on.

In short, Brexit doesn’t exist in abstraction, untouched by anything around it. Instead, it is a poorly-defined field of public debate and policy, and so is subject to the same forces as the rest of government’s work. It’s only because it’s so big that it appears to impervious to external influence.

And finally, the Huawei affair underlines the importance of process in politics.

Williamson – if it was he – might well have felt the NSC decision was the kind of thing to leak, to build support for his political ambitions: relatively low-grade implications, not life-and-death. But in so doing he compromised one of the last bits of the political system that had been protected from leaks. Break that protection once without sanction and you open the door for other, potentially more serious instances.

In that context, May’s robust and rapid response after a leak inquiry that actually seemed to actually dig into the matter was much less surprising.

To draw it back to Brexit, the point is worth making that process has always mattered here: it’s no good coming to a decision if the manner of reaching it is seen as unfair or iniquitous. That’s particularly true when one considers that it will be a decision with major and long-term consequences.

I’ll close by noting that May could have waited until Friday – after the elections – to do this. By choosing not to hold fire, she ensured that every front page today was filled with this story, rather than bad-mouthing of her Brexit woes. Not the best dead cat we’ve seen of late, but in a purely relative sense, maybe it wasn’t so bad to be marked out as a decisive decision-maker on the day we head to the ballot boxes.