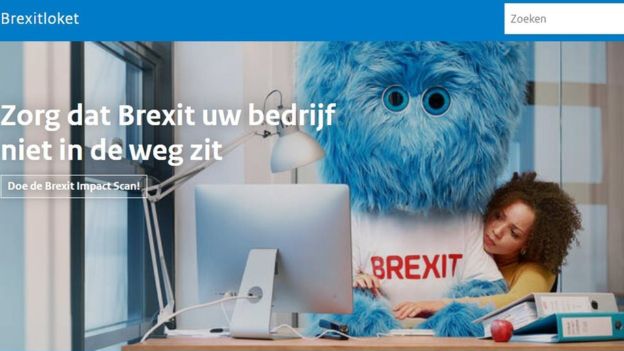 As we move into the final weeks of the original Article 50 time period, it is useful to try and round up several aspects of the EU27’s positions, insofar as they impinge on the UK’s decisions (which is to say, a lot). As much as Parliament is caught up in working out what it might accept, it is essential that this is done in the context of understanding the EU side, given that this is a negotiation.

Renegotiation and the backstop

The first stopping point on this has to be the question of renegotiation.

The EU, both collectively and in its member states, has been very firm that it will not consider renegotiation of the Withdrawal Agreement itself, although that does not preclude discussions on the Political Declaration or another document to provide elaboration of position.

However, those discussions will not include the kinds of changes still being discussed in Westminster, such as an end-date to the backstop or an unilateral exit clause.

This is best understood as a function of three elements that have reinforced the firmness of the EU’s stance.

Firstly, the Irish border issue has long been framed in terms that make it very hard indeed for the EU to move on its requirements. The Irish government was very successful in its lobbying of the Union and other member states that the border issue was an fundamental one for Ireland, that also threatened several core EU values, not least the peace project on the island that the Union has long supported and promoted. Moreover, other small member states have recognised that leaving Ireland exposed on this at any point much cause problems should they themselves need help on something in future.

Secondly, the EU view the backstop as something that they have already made major compromises on: the temporary customs arrangement was a concession to the UK and causes substantial concern in several member states, on the grounds that it gives the UK unfair access to the EU, including for smuggling. To be told that it is the UK that has given all the ground has not made a positive impression in Brussels or elsewhere.

Thirdly, the British approach to date has been to offer problems, rather than solutions. Dislike of the backstop is well-understood, but the repeated request on the EU side is for detailed proposals on how to address this, to which very little has been forthcoming. The EU sees it as the UK’s responsibility to take the lead, given that it is the one that will be leaving and since it should know better what is likely to be acceptable to Parliament.

Of increased importance is the matter of an extension to Article, 50 since even the most problem-free path to approving the Withdrawal Agreement seems to be taking the UK past 29 March.

The EU’s position is cautiously framed at present, but the main thrust appears to be that it is willing to consider and agreed to an extension. However, this comes with several caveats.

Procedurally, it must be remembered that the EU27 have to give unanimous approval to an extension. This leaves open the possibility of one or more states pressing from side-payments, especially if they are not so exposed to the direct effects of a no-deal Brexit: this possibility would only grow if there were to be future requests for further extensions.

Politically, the EU has long-underlined that extension must be for a purpose: it cannot be given simply in the hope that something might pop up. Thus a short extension to allow the UK to complete ratification of the Withdrawal Agreement and/or enabling legislation would be acceptable, as would a longer extension for a general election or referendum that would have a material impact on British government policy.

The European elections will be one major issue in all this.

Recall that that European Parliament has to approve the Withdrawal Agreement too: its last sitting is 18 April, so it cannot give that approval between then and 2 July, when it first sits post-election.

Legal advice to both the UK and EU suggests that an extension to the end of June would be unproblematic, since while the UK would not participate in the elections, MEPs would not be sitting. However, that bumps up against the need for approval of the Agreement, not to mention that the Court of Justice – if asked – might come to a different view on the need for elections on 23 May.

If the UK remains a member states past the end of June without MEPs, then this would be an infringement of Art.223 TFEU, which requires direct elections: proposals to second or appoint MEPs have been floated, but without any great support to date.

However, if the UK does hold elections and/or appoints MEPs, then this is also problematic. The Parliament forms its groups on the basis of minimum numbers of MEPs from a minimum number of member states: currently two groups would not meet the threshold without UK MEPs. Groups matter because they also determine the allocation of Parliament’s officers, speaking time and funding, even before it gets to the matter of voting for the new Commission in the late summer. Those member states that are due to receive additional seats post-Brexit would also have to work out whether to elect to these seats pre-Brexit.

Behind all of this is the concern over a no-deal Brexit, something that is a clear and substantial concern for all EU member states and its institutions.

While the primary effort has been directed to secured a Withdrawal Agreement, there has also been very substantial work (especially in the past year) on preparing for a no-deal outcome. The consistent advice from many national agencies in the EU27 has been that until there is a signed and ratified Withdrawal Agreement, there is nothing and business and individuals would be sensible to prepare as such.

The extent of resources available can be gauged from the websites available from the Commission and the governments of Ireland, France, Belgium, the Netherlands, Germany and Denmark (to take just the immediate neighbourhood): each provides a lot of information on the impact of no-deal for assorted groups and individuals. These also highlight the substantive funding that has gone into place already, including 580 new customs officials in France and 400 in Ireland.

However, despite the very substantial range of work, it is also evident that very major gaps remain. As the Institute for Government notes, only Germany, Cyprus and Malta will have full legislation in place to protect UK citizens’ rights by 29 March: Spain will only have arrangements ready in relation to voting, rather than residence or access to services. Likewise, reports from various member states report very incomplete preparation by businesses (especially smaller ones), which will make the impact of the uncertainty generated by a no-deal even more substantial.

Finally, it should be noted that a no-deal would also strongly condition how member states and the EU approach any subsequent negotiations. The first priorities will be any life-critical systems not already addressed, but then the focus will be on securing the resolution of the content of the Withdrawal Agreement – that is citizens’ rights, financial liabilities and the Irish backstop – before any discussion of future trading arrangements. Given that the UK would no longer be a member state at that point, there is no indication that there would be any immediate reason to offer more generous terms on these points than are already embodied in the Agreement.