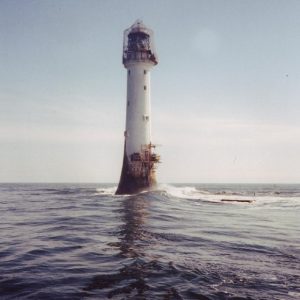 I’ll freely admit that one of the most perplexing aspects of Brexit has been the amount of time spent sitting around, waiting for someone to do something, even though there’s been severe time pressure from the start.

Of course, when it does kick off, I also grumble about not having any breathing space, so maybe the problem is mine, not anyone else’s.

That said, it feels particularly odd to spend this week casting around for anything to comment on.

Theresa May sets up one of the more quixotic working groups of recent history, while the EU express profound (subterranean, in some respects) uncertainty about whatever might come of it.

As has been evident since the Meaningful Vote, the UK Parliament is going nowhere, fast.

All factions remain weak, but can gather enough support to block everyone else. Apart from the people’s vote cluster, who have been dashed against the rocks of Parliamentary indifference, we are where we were at the time of the signing of the Withdrawal Agreement.

This produces a stasis, since everyone waits on everyone else to fold or break, because everyone else looks to be in a poor position. As discussed in a rather long exchange (among others), this is a game of chicken rather than a prisoners’ dilemma, which incentivises an unusual set of behaviours, namely to demonstrate your unfinchingness.

Of course, games of chicken have the capacity to end in collisions, even though that is not the intention of either party: it’s all about getting the other lot to blink first.

Game theory’s all well and good, but if you’re strapped into one of the rapidly-converging parties’ cars, it might not feel that pleasant. Especially because right now there aren’t just the two cars hurtling towards each other.

As well as the domestic tussle between Number 10 and MPs (both in the government coalition and across the chamber), there’s also the UK-EU pairing.

The connection between these two isn’t well-understood, even as it’s raised to a central position. The Commission will listen to any constructive proposal that commands strong and stable backing in the Commons, but that is strongly limited by the need to maintain the functionality of the backstop.

Conversely, unwillingness to move by Brussels should theoretically strengthen May’s hand with Parliament, by closing down alternatives to her deal or no-deal. However, the main effect seems to be a growing view that May simply isn’t trying hard enough or in the right way; hence the Alternative Arrangements Working Group, working through all the ground covered by negotiators during the past couple of years.

All this carries the slight air of an exhausted parent, letting their child try for themselves, so they can discover that it really isn’t going to happen, rather than just a cunning ruse to get them to give up the fight and go to bed. The problem with that is such situations often just leave the child even more frustrated and annoyed, to cause yet more parental woe.

If time wasn’t an issue, then all this wouldn’t be an issue: someone would get bored or find something else to do. But time is an issue, all the more so because May refuses to even countenance an extension request, for fear that it would mark a first step in her blinking.

Again, the Commons looks wobbly on this. Yes, the Cooper amendment was defeated, but not by much and it would only take a few more Tory moderates to rebel and the extension process could be begun. It doesn’t help that we’re now at a point where an extension would be needed if all the relevant legislation were to be pushed through (problematic in itself).

That this week has seen a degree of noises off about whose fault this might be was perhaps to be expected, especially as it’s consistent with a strategy for a game of chicken. But as margins tighten, the scope for a misstep, and for that misstep to have very severe consequences grows.