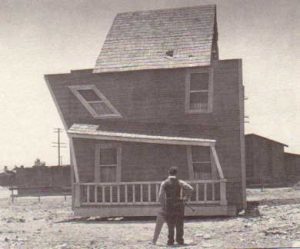 In one of those “politics as cock-up not conspiracy” moments, this week saw the (aggressive) leaking of a document purporting to be the government’s plans for selling the Withdrawal Agreement.

I say aggressive, since the leaker pushed it out to several media outlets at once, so really wanted it out there, spelling mistakes and all.

The government has distanced itself from the paper, and the general view seems to be that – at most – it’s an early draft from someone not that central to the negotiations. Even the reflected glory of seeing the guy I work with get mentioned as a thought-leader doesn’t make it any more valuable than that.

But it does raise the question of how the government will go about selling whatever deal it gets.

In that, the leak does point towards a pretty credible direction.

Rather than trying to pretend it’s all hunky-dory, the suggestion is that it be presented as a “measured success”, where the UK has fought for its interests and done as well as could be expected in the circumstances. That allows defenders/promoters to deflect some of the criticism by saying that while there are indeed some parts that aren’t ideal, they are the price of getting concessions elsewhere and/or they were points that the EU absolutely couldn’t be bidded on.

From that starting point, the plan would then move to a twin-track approach: pushing the necessary legislation hard and fast through Parliament, while simultaneously gridding up media activity to get buy-ins from the great and the good. In essence, the momentum of all of this would be beneficial to getting things over the line, in terms of UK ratification.

But does this stand up?

In one sense, the government isn’t going to have much choice in the matter, since they cannot achieve an agreed text that gives them everything they want, because the EU will not agree to it. That means they have to accept that there are compromises, since it would be completely indefensible to pretend it was an unqualified success, leaving them open to the charge of being out of touch with the realities of the situation.

Given this, and assuming they don’t want to go down the route of pleading for mercy from the Tory backbench and Parliament – also not a hot look – they have to play the line of “we’ve done our very best and we’re pretty happy about it, generally speaking”.

The difficulty comes in whether this necessity can be transformed into a successful ratification.

The first issue will be that of timing: can the government move rapidly from a signed deal to a legislative proposal? Even if one assumes that there is a draft Withdrawal and Implementation Bill floating around, waiting for some Ctrl-C-V action, there will still be a number of delays. Any European Council agreement-in-principle will then need some times – probably weeks – to produce a legally-tight text for signing, just as the draft Bill will need work to review in light of the final deal.

Given the speed of modern politics, that’s a huge window in which opposition can mobilise on specific issues and own the debate.

Secondly, much of the potential support from outsiders is likely to be a bit ambivalent. Yes, a deal is good, for the certainty it provides into the transition period, but by necessity it doesn’t commit the parties to a particular form of future relationship, so there’s a lot of wait-and-see about it. So everyone with a preference about the future will be torn between stressing what they do like about the omens contained therein, and worrying about the bits they don’t like.

Put differently, the Withdrawal Agreement is about ending the UK’s membership, not setting out the future.

Finally, the plan relies on a relatively cohesive Cabinet, willing to go out and sell the deal. While the Chequers reshuffle of the summer removed the most problematic individuals on that front, it’s not hard to imagine further ructions as the grid swings around to the less-enthusiastic members. Any resignations will give an opportunity to opponents to switch the narrative to ‘Cabinet splits’, potentially freeing backbenchers from some of their sense of duty to support the party line (and encouraging opposition parties to prod the wound in the hope of forcing a motion of confidence and early elections).

But notwithstanding all these dangers, we come back to the earlier point: the government doesn’t have much choice in the matter. Right now, as staffers work to produce a similar-but-different version of the leaked document, the emphasis will have to be on how to manage and mitigate the risks that have to be run. And we’ll see how that goes sooner, rather than later.