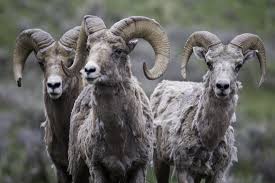 So today sees the publication of the first tranche of ‘no-deal’ preparedness notices from the British government.

I’m writing ahead of this, so maybe this’ll be out of date within a few hours, but let’s see what we can piece together so far.

The basic issue for the government is that it’s now caught on the horns of a dilemma.

On the one hand, it wants to demonstrate that ‘no-deal’ is a viable option for the UK to pursue, in order to given credibility to the ‘no deal is better than a bad deal’ line that has been poo-pooed for so long by observers. In so doing, it might be able to leverage more concessions out of the EU in the Article 50 process.

On the other, it doesn’t want to make ‘no-deal’ look too unproblematic, for the simple reason that the government recognises that it would be very substantially worse than any likely agreed deal. Detoxifying ‘no-deal’ might encourage backbench pressure to actively pursue that route.

Add in much talk about (another) resurrection of ‘project fear’, plus the negative reaction to the impact assessments finally released earlier this year, and it’s not hard to see why this element of the process has been one the government might not be particularly enthused about.

And yet, pursue it, it must.

Just as the EU has been working on its own contingency planning, it was always necessary that the British government do the same.

In purely abstract terms, it is necessary both to know what your alternative to a negotiated outcome might be and to prepare for it, just in case. That’s necessary because a negotiation is definitionally not only in your hands, but also in the hands of others: if they falter, for whatever reason, then you have to be covered.

In the case of Brexit, that fundament is very much more important for a number of reasons.

Firstly, the structure of Article 50 means that the critical decision has already been taken at the point of notification, which means that the default outcome is the UK’s exit from the EU without a deal next March: only an active decision and agreement by both sides will change that.

Secondly, the novelty of the process raised the likelihood of difficulties in negotiating.

And finally, the lived experience of Article 50 has further raised the chance of problems, with the exciting mixture of a lack of British strategic intent and a repeated willingness to lose negotiation time to domestic political battles.

As a result, not only should we expect preparation for ‘no-deal’, but we should have been more concerned if that preparation didn’t take place.

Here, the track record doesn’t look so good for the government. The impact assessments were cursory and successive White Papers have been largely devoid of the level of detail required to operationalise a contingency plan.

That said, the volume of notices – some 80 in total – suggests more work has gone into this round of work. So the bigger challenge is how to handle the uncertainty of what will be what come 30 March.

This is really the weakness of going ‘no-deal’: the fundamental uncertainty about what will hold and what will give.

From the limited leaks so far, the government appears to be suggesting unilateral maintenance of pre-exit rules and regulation in many areas, plus some short-term emergency stock-piling to get through the critical first weeks. That suggests a model of emergency talks with the EU to resolve critical systems, before a much longer-term reconstruction of relations.

Put like that, it rather makes sense: don’t frighten the horses any more than they already are, while working on a fix in the background.

But this model runs in various problems. Most crucially, while it might address internal activity within the UK, it cannot fix cross-border activity, again for the reason that the EU’s actions will be in the hands of the EU, not London.

Keeping pre-exit rules in place is one thing, but it doesn’t – and can’t – mean that the EU (or anyone else) has to extend the same regime, or accept UK compliance, which would be operating on a unilateral basis.

So even before we get into businesses’ concerns about supply-chain disruption (or even the possibility of stockpiling in the first place), there’s a big question mark over the entire approach.

All of which brings us back to the dilemma.

While contingency planning is to be welcomed, it shouldn’t be taken as a mark of the British government giving up on securing a deal on the Withdrawal Agreement. The costs, and the uncertainties about the costs, of ‘no-deal’ are already generally understood in both economic and political terms, and have already pushed the UK towards a much more robust pursuit of an agreement.

Sadly, pursuits don’t always succeed, so the better we are prepared for the alternative, the better.