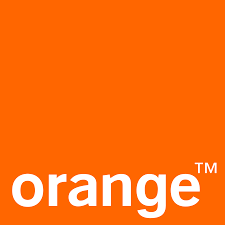 Let’s suppose my university likes talking about the future. They might do fancy powerpoint presentations, with artists’ impressions of shiny buildings and other infrastructure, together with charts showing How It’s All Going To Be Great.

And then it might turn out that between here and there is a period of optimising and belt-tightening, doing better to get more. That kind of thing.

And so it is with Brexit. And no ‘might’ about it, now.

The fine words split on both sides about building a constructive and meaningful relationship post-membership are legion. Last week’s White Paper was simply the latest iteration of this.

In all the argument about whether the White Paper vision can be realised in the face of determined domestic divisions, very little attention has been given to the more practical aspects of getting from here to there, practicalities that will exist whatever ‘there’ turns out to be.

Now, after some discussions with officials and other academics, I feel I understand the matter well enough to have a stab at lying it out for you.

This all makes more sense if we work from the end backwards.

The White Paper envisages a series of legal documents, bound by a framework agreement that will encompass a wide range of policy areas. There seems to be a suggestion that this series will not be concluded simultaneously, but rather as they are ready: that makes sense, as a convoy approach might cause big delays for a relatively minor issue.

Together, these things point to a situation where the end of the Withdrawal Agreement’s transition period at the end of December 2020 will not see the immediate and complete introduction and enforcement of a new end-state.

Instead, there might be some agreements in place – including, presumably, the framework text that contains the management, implementation and infringement architecture – with some of those agreements not being fully operational until a later date.

Which raises some questions.

The most obvious one is how long will this situation last? When does the end-state actually come into being?

In essence, you have one of two options on this front. Either you define the process by time or by conditions.

The time model (“we’ll have an agreement in place on this date”) is the one we’ve seen so far (on Article 50, and on transition), which offers a clear endpoint and stronger incentives to make progress, especially if interim arrangements lapse at that point.

The conditions-based model (“we’ll have an agreement in place as soon as we can satisfy our basic requirements”) is much less certain on timespan, but does ensure parties’ interests are better protected.

Either way, much would depend on the hierarchy of needs on both sides and the perceived distance of opening positions. However, such disaggregation does point to a period of years, rather than months, to get towards something approaching the end-state.

Of course, part of that will depend on the second key question: what happens in the meantime?

As matters stand, the transition ends in December 2020, and with it the entirety of the current arrangements. As I’ve discussed before, this cliff-edge is much more problematic to resolve than the March 2019 one, for both legal and political reasons.

Again, we have a limited number of options.

The first is to let the transition arrangements lapse and then build up to the end-state from scratch. Some of the EU’s current position on matters such as internal security implicitly use this view, treating the UK as a third country rather than as an ex-member state. Obviously that makes the cliff-edge at the end of 2020 very real, although it might incentivise getting more done sooner, to reduce its effect.

The second is to avoid the cliff-edge and extend the transition arrangements into the implementation period. In effect, you’d be keeping things the same until you knew what they were changing to. This is the principle behind the transition period and means only one adaptation process for operators (and citizens) to undertake.

The third would be to build some kind of new settlement for the implementation period; not nothing, but also no as close as in transition. This phased approach would allow all shapes to mark some progress and to spread the adaptation costs, but with the problem that it requires the most negotiation now to realise.

None of these options is cost-free and none is simple. And if you think they are, then remember that the Irish dimension is profoundly tied up in all of this too.

But perhaps just as importantly, none is being discussed at this stage.

Amortising the problem across time might be one key way of managing these issues. By holding some parts steady, while focusing on others, it may be possible to break matters down into more manageable and less contentious chunks.

But that comes with challenges of its own; challenges that have barely registered so far in a political landscape that resembles – in the UK at least – nothing so much as the trenches of World War One: muddy, lethal and not getting anywhere fast.

Perhaps the key is to remember that the process will matter as much as the end-state: mutually agreeing a practical operationalisation for the strategy on getting to that deep and special relationship will make it more likely that all sides stick with the programme and get to turn those fine words into something like a reality.