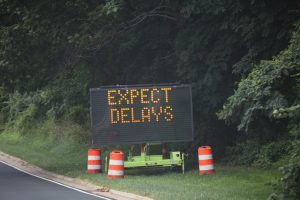 Perhaps the least remarked aspect of this week’s Parliamentary shenanigans has been the distraction from the loss of another week of time to reach an Article 50 deal.

Important as a meaningful vote in Parliament is, it does not intrinsically produce an increased chance of a deal being reached. Indeed, the confirmation of a push-back of the publication of the government’s White Paper until July means that not only can there not be a report of substantial progress at next week’s European Council, but also that reaching a deal for October’s meeting is also highly unlikely.

The reasoning behind this is simply that Article 50 has not and will not progress by focused moments of progress, but by gradual processes of consensus-building and compromise. Think back to last autumn and the Joint Report: that emerged from a series of negotiations, referrals back to domestic audiences and then confirmation by press conference.

That’s because while the UK government and the Commission might be in the negotiating room, they represent various constituencies, who have to buy into the proposals that emerge from that room. ‘Speaking for’ others isn’t the same as ‘deciding for them’.

In addition, the EU has hived off Brexit discussions to separate sections of European Councils, without the UK present, so getting national leaders around a table needs specific and special planning: it can’t easily be shoehorned into the agenda.

In practice, that means that whatever the government comes up with in July, it will take time for other member states to digest, then agree a common position with the Commission, then debate with the UK, then find common ground, then agree a means of moving things on, then entering several rounds of to-and-fro, and only then agreeing some text. Throw in the delays caused by holidays and October looks really very near.

“But they could ditch their holidays!”, you cry. Well, maybe the negotiating teams will do that, but that doesn’t help, not unless everyone else in their constituencies does the same. And given that Brexit remains low on the list of EU policy dilemmas right now, it’s unlikely to happen.

But so what? If we run towards Christmas then does it really matter?

Yes, it does matter, and for several reasons.

The biggest thing here is time, or its lack. Already the scant two years of Article 50 has seen the loss of a couple of months to the snap General Election, a couple more to the disagreements on ‘sufficient progress’ on Phase I, and yet another couple more to the lack of paperwork coming out of London since Easter. And that was on the parts of the agenda that weren’t the most difficult.

Leaving a deal until Christmas means there’s almost no scope for any further delay or bust-up, simply because there isn’t enough time: recall the deal needs not only to be signed, but also ratified by 29 March, and that can’t be done at the drop of the proverbial hat.

And yet we have to assume that delays and bust-ups will occur, if only because of the issues at stake. In particular, the UK has to make some crucial decisions on what it is seeking, which in turn are likely to mean running over some part of the red lines currently in position. Even an approach of creating new means of kicking topics into some longer grass will incur consequences that might be politically difficult to carry, especially with a Parliament that looks ever less conducive to letting things slide.

Which brings the next big issue: less time for a deal means less time to make a meaningful vote meaningful. The closer to 29 March that the government brings a package to Parliament, the less realistic scope there is to do anything other than rubber stamp it. If nothing else, the inclusion of a departure date in the Withdrawal Bill – which rescinds the 1972 European Community Act, on which all UK acceptance of the EU’s legal order rests – means that even asking for an Article 50 extension requires an additional Parliamentary procedure to amend that.

In short, it’s a game of chicken, with the risk of a no-deal exit as a price of failure to swerve.

Given that no group is seriously advancing a no-deal outcome as desirable, or even tolerable, that represents a real issue. Whether those involved appreciate that danger or how their (in)actions now are making that more likely next spring is open to discussion.