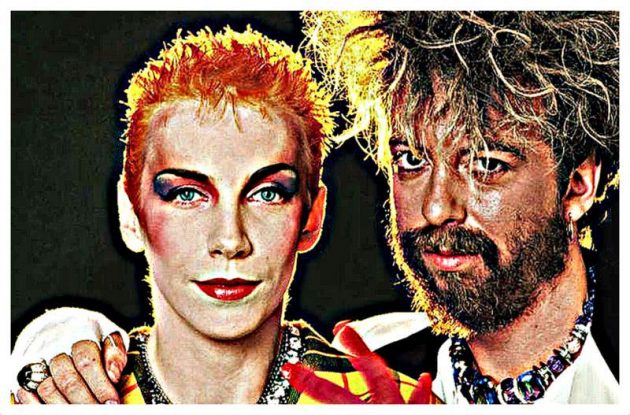 Following the Common’s debates on and around the Withdrawal Bill alongside my Twitter feed has been instructive at a number of levels, not least the volume of comment that can be generated around a man standing up.

But one of the more striking moments was the comments surrounding the continuing lack of knowledge that many in the chamber appear to display. The on-going conflation of the customs union and freedom of movement, or the assumption that the Irish border is only a matter of customs checks, are taken as emblematic of ‘The Mess We’re All In’.

To that I want to advance a somewhat different proposition, namely that since not everyone is as engaged in the ins-and-outs of Brexit as the kind of people who read blogs about it, they use short-cuts and heuristics to guide their way, and those are sometimes insufficient.

In the two examples I gave just now, the customs arrangements are a common element, because right now that what a lot of the British debate is about, even if – as Ken Clarke noted – no-one ever talked about it during the referendum.

Customs arrangements matter, but not to this degree, so why the focus?

Simply put, it’s because it’s a more manageable hook on which to hang a number of other big questions without getting too lost. Solutions to customs carry with them implications for those other questions, including free movement and regulatory alignment: win the narrow battle and you carry a big advantage through to the rest.

Partly this is about the nature of political debate: fix on something that people feel they can understand and build out, rather than trying to convey a broad and detailed platform. That’s why ‘Brexit means Brexit’ lasted so long: it made enough sense to show that May was serious about, well, Brexit, without getting bogged down in the fine print.

Obviously, that doesn’t meant you don’t need the fine print. Or even some of the larger print, for that matter.

But partly, it’s also about Brexit. It’s a genuinely massive undertaking, well beyond the scope of any other matter of public policy. And that means there is no one master key, no one slogan that can capture that.

I’m hesitant about this, since I’m generally of the opinion that the worst way to engage people in a subject is to tell them it’s complicated. So my ju-jitsu move is to say that the shape of the problem is simple, even if the substance isn’t.

The problem is that in the face of such complexity, simple heuristics don’t work. They obscure more than they reveal and they suggest extrapolations that aren’t appropriate.

To return to the case in point, sorting out customs does offer a way into issues such as freedom of movement or regulatory alignment, but they don’t deal with the full range of those issues. Indeed, customs barely touches the sides of freedom of movement of goods, tell alone anything else.

Moreover, there are plenty of areas that can’t be addressed at all by the customs issue: the security relationship is an obvious example.

This prompts the observation that there’s a lot of stuff we’re not really giving enough attention. And a prime exhibit here is the Withdrawal Bill itself.

Recall that the purpose of the Bill is to cover the uncertainty around the status of the EU’s acquis once the UK leaves: it’s an essential counterpart to the Withdrawal Agreement. And the solution it offers, of rolling over all that acquis for the government to decide what to keep and what to chuck, matters hugely for the balance of executive and legislature in the UK, given the scale and scope of what it deals with.

And yet, we had scant discussion of that – despite numerous outstanding critiques of its model – and a focus on an (admittedly meaningful) amendment relating to the role of Parliament in the event of a failure to reach a deal with the EU by November.

The issue is essentially one of bandwidth: there’s only so much that can be a priority issue at any one time, so something’s got to give. That’s true in normal times, and these are not normal by any stretch of the imagination.

The risk is that important decisions are made by accident, or without due consideration, or even by default.

That’s a problem for everyone, both those who don’t get what they want – i.e. the large majority – and those that do – because the other lot will feel rightly aggrieved. Even the cry that “you should said something at the time” is weakened by the scale of the problem, even before we get to contemporary values about the instantaneous satisfying of one’s needs. In short, it’s a recipe for future instability.

The process of Brexit will matter as much as the outcome for the future development of the British polity. Consider how already the dissatisfactions carried by remainers shape political debate, much as the disconnect between elites and publics contributed to the referendum in the first place.

Participation is the life-blood of democracy, not only because of the need for some transmission from people to government, but also because inclusion through political channels is a means of building and maintaining a community. If we fail to heed that point, then we risk dealing with even greater problems than those posed by Brexit.