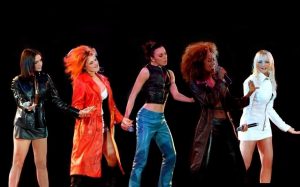 A fundament of negotiation – and indeed of politics – is the notion of interaction. They are necessarily relational constructs: us and them, me fighting the system, let’s work it out together.

If politics can be about an agent’s interaction with a set of societal values rather than any one individual or group, the negotiation is more limited in that it requires two agents.

Of course, the necessity of two agents isn’t the same as saying that both will be willing participants. I might try to negotiate a pay rise, but I can get stonewalled by my employer, just as you can try to get 50p off some biscuits in the Tesco (where I like to imagine you shop).

Imagine you smashed up the fancy flatscreen on purpose during your house party, then standing around saying something has to be done, not least because your parents are coming back home any time now. And they loved that TV.

It’s not the best look.

And here are, again, back at the Article 50 process.

The absence – and it really is an absence – of progress since the March draft of the Withdrawal Agreement poses a very similar problem, albeit one that probably doesn’t involve people but planes getting grounded.

Put differently, it’s not enough to say something must be done: something actually has to be done.

Quite apart from the impact on the UK, there is also an impact on the EU: while you might think an absence of ideas from the other side means they can get to just think about themselves when drawing up documents, it’s not that simple.

The root of the dilemma is that the UK isn’t completely powerless, even if it is unhelpful. In particular, the structure of Article 50 requires that the EU and the UK both approve any final Withdrawal Agreement: the EU can’t simply impose that on the UK.

Thus the EU necessarily has to take account of the UK’s preferences, because at some point the British government will have to sign off the deal, a process which now requires a vote in Parliament.

But those preferences aren’t clear at all.

Often, it’s possible to work on the basis of ‘revealed preferences’: the actions that betray what someone actually wants. Like the child who says they don’t know what they want in the candy store, but keeps looking at the gobstoppers.

Unfortunately, the only consistent revealed preference to date from London is that they would like this all just to go away and not be a problem any more. In that, it’s been a consistent policy since the end of the Second World War, but consistency doesn’t equal substance.

It’s a mark of how far things have gone that there’s a sense that any preference would be better than no preference – Nick Gutteridge had a thread on just this yesterday – because it would give everyone something to work with/around.

Of course, the added urgency behind all this is that there’s the tick-tock of the Article 50 clock: we don’t have until 29 March 2019 to do this, because we have to have got the deal ratified by then.

Arguably, that has actually complicated matters, so the model of a big all-nighter European Council seems to hang in the air of Westminster: this situation is all just posturing, so we only have to get the key players in a room with some more severe time pressure and it’ll be sorted in no time.

However, because ratification has to be fitted in too, that extra time pressure isn’t so easily created: you can always just lop off another day given to pushing this through the two parliaments.

Moreover, the European Council itself has not been a site for debating Brexit very much, but rather for confirming the work of technical talks in and around Task Force 50’s work.

This isn’t a situation that offers any easy solutions. There’s limited time, but not limited in a way that’s conducive to getting to a deal; there’s a default outcome that no-one wants; and there’s one party that is apparently incapable of deciding what it wants, but whose wishes cannot be ignored.