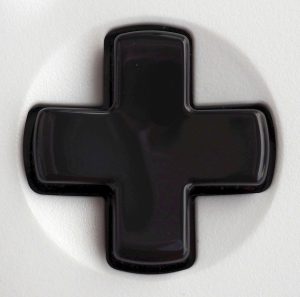 Two weeks away from all this Brexit stuff has been very pleasant, especially now the sun’s come out too.

Naturally, part of me worries that everyone else has had a fortnight off, which is A Bad Thing when running a fixed-timetable negotiation, but there you go.

To ease us all back into things let’s try revisiting the old chestnut of ‘control’, because it’s floating around again and because there continues to be a lack of clear understanding.

As a model, it’s got a lot going for it: it’s simple, it fits with much of what we see around us and it taps into social expectations/conventions of the role of violence.

This worldview is a key part of the ‘control’ narrative in the Brexit process: others force us to do things against our will, so we must regain our agency to do what we chose.

However, it’s also highly problematic. Most obviously, ‘being strong’ covers a multitude of not-necessarily mutually-compatible things: thus, the US can be the most powerful country in the world, but still be subject to other powers defeating them in combat or to hacks or trade disputes. Likewise, strength is rarely stable, especially in competitive systems: if everyone believes they need to be strong to succeed, then security dilemmas ensue and everyone tries to push everyone else down.

Again, you might feel this is just how things are: the rat race is just a fact of life so we’d better get on with it.

And yet, try looking around you for a moment. You’ll notice that face-punching is the exception, not the norm.* That’s because it is possible to conceive of things in a different, more cooperative way. Yes, we need structures for making decisions and setting out what is and isn’t allowed, but these can be agreed jointly, rather than imposed unilaterally. Control here comes for the ability to be part of that joint decision-making: we each have a voice and a say, at the price that none of us has a say that imposes – by itself – on others.

‘Ah, a wishy-washy liberal: I knew it!”, you cry. “Why can’t we all just get along?” you say, with a sarcastic tone. Maybe making a peace sign while you’re at all.

And this is a key part of the logic on which European integration is built: we take decisions together, to provide a more equitable process and outcome than would otherwise occur. To take the classic example, France wanted the Euro because it would institutionalise French interests in a monetary policy system that previously failed so to do: the Bundesbank set policy for Germany, but that had effects beyond German borders. Likewise, German policy-makers got to make those other states joining the single currency follow the rigours of the German model, which would expand the zone of stability they had created in the post-war period.

(before you say, yes, expectations can sometimes be wrong)

But how does this come back to Brexit?

Much of the debate in the UK on control has been driven by passion and emotion, rather than cold rationality: who wouldn’t want more control, after all?

What has been missing is a questioning of what the purpose of having control might be.

Here we might think about a business engaged in international trade. If it wants to sell to overseas markets, then it has to conform to the standards in place there, as well as any domestic standards. Free trade types will explain how this all incentivises progressive regulatory convergence, as transnational economic operators will press to reduce wasteful variation. As I explained in a podcast some years back, the reason the EU has rules on fruit shape is because that’s less complex than each member state have their own rules.

Of course, some domestic producers will also lobby for different standards, precisely to limit international trade and protect their market share. This is then a non-tariff barrier; much mentioned, little understood. Even if there aren’t quotas or tariffs on products moving across a border, you can still make life difficult for others by requiring them to meet some arbitrary product standard that your domestic producers just happen to be much better placed to provide.

Economic theory tells us that limiting trade might provide some localised benefits, but at a global cost. Think of the US’s trade dispute with China: yes, raising tariffs on selected goods will make them more expensive, and thus attractive to US consumers, but typically that means those consumers are also now paying more for those goods – whatever their source – which hits their bottom-line. Add in the trade-diversion effects – cheap Chinese products flowing into other markets – and the economics not stack up to anything like the political claims.

In the British case, leaving the EU is more subtle in its effects. For many products, a system of mutual recognition operates: if it’s safe to sell in one state, then it’s safe for other states, even if it doesn’t meet the entirety of those other states’ standards. That means many British producers may find that even without changes to UK standards, they suddenly don’t have the access they once did. That’s on top of anything that does change.

And that brings us to the nub of the matter: why should anything change?

This brings us back to that starting point. Leaving the EU means the power to make our own rules, but there’s a difference between actually making changes because we can and simply having the power to do if we choose. Witness the way in which the government wants to use the EU Withdrawal Bill to continue using all of the EU law in operation in the UK until it can decide whether or not to continue using it: the default is continuation, not termination.

Again, many economic operators and sectoral interests want to see continuity, not disruption. And that has led several politicians and commentators to question: is it worth it? If we’re just going to carry on following most of the same rules, but now without that voice and vote, what’s the point?

That’s somewhat to miss the point of the popular debate. The power to divergence, if we so choose, is as important any actual divergence.  It doesn’t matter to most people that the EU has mechanisms for accommodating degrees of disagreement about specific pieces of legislation, because it still feels like an imposition.

* If not, my apologies and my commiserations.