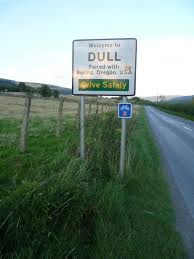 Yesterday I was speaking at an event in Portsmouth. The subject was Brexit, naturally, but with a mix of activists and academics.

One theme that came up was a view from a former UKIP councillor to the effect that’ things could be worked out’ on the future relationship.

We did pick this up after the event and everyone agreed that much of what Brexit involves is highly technical and not very exciting, but still very important. “The devil’s in the detail” was the ex-councillor’s parting word.

Which prompts some reflection.

As an exhibit, we might note how opinion polling suggests that the British public don’t think much of anyone in the Brexit negotiations, but that doesn’t change the broad balance of their preferences on leaving the EU. The decision is made, so ‘they’ should just get on with it.

Media tropes of Brexit as a ‘divorce’ also play into the view of ‘how difficult can it be?’ Sure, it’s countries, not people, but the principle’s the same, right?

To give a different example I’ve heard this week, someone told me how a friend of theirs was a trade dispute arbitrator, who could sort out cases in a month or two, and that’s basically what Brexit is.

I give these examples not to mock, but rather to bemoan the quality of debate that happens all too often. In the cases I mention, these were people both interested and widely-read on the matter, still slipping back into comfortable phrases that don’t stand much inspection.

And I say this as someone still finding areas of Brexit where I’m all too conscious of the limits to my understanding. One-eyed men, kings, and all the rest.

But there’s another level to this that occurs.

Given how much ink has been spilled on the end of ‘experts’, it might seem odd that these same should now get on with it.

Much of this comes down to the inconsistency of individuals’ views, but it also points us to the dangers of weakening societal trust.

Brexit will be long and difficult to bring to anything like completion, and it will inevitably leave sections of society unhappy and disillusioned. Without strong underlying bonds of trust in place, it will be relatively easy for these people to claim that the system has failed them, further weakening what trust that remains.

This isn’t inevitable, but it requires all involved to speak frankly and fully about what is planned and what is possible: Brexit is a problem to be solved, not a weapon to be wielded.

This does happen, in places. May’s Mansion House speech had the merit of starting to map out the trade-offs that Brexit will involve, even if it didn’t offer ways through this.

But it also points to the importance of each of us, as citizens, making sure that they we understand enough to be able to take part in collective debates and decision-making.

That’s (often) dull, but it’s vital to the health of our democracy, founded as it is on the bedrock of participation. As I’ve noted before, if you don’t make decisions for yourself, then others will do it for you.