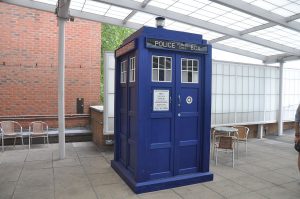 Bigger than it looks

As a child, I used to like watching a TV programme where a bearded Australian would talk about some cartoons that he was going to show, hurriedly sketching a character in some dynamic pose.

Part of the fun was the way he caught the characters’ essence: distilling them into a single image.

Of course, this is a televisual treat now pushed to one side, for various reasons; but the guy’s catchphrase, which heads this post, sprang to mind the other day in a completely different context.

This week marks the end of the first part of the prep for Phase 2 talks in the Article 50 process. Since December’s European Council, both the UK and the EU have been engaged in internal negotiations.

For the EU, that’s meant agreeing the mandate for Phase 2, including yesterday’s proposal on transition.

For the UK, it’s meant getting caught up in questions about releasing impact assessments and starting to consider the preferred end-state of any future UK-EU relationship post-membership.

This last point – manifesting itself in this week’s Cabinet sub-committee meetings – were the prompt for my childhood memory, for they would seem to represent the logical point at which the UK can address the ever-mounting pressure to provide clarity on its intentions.

This demand comes from all quarters: domestic, EU and internationally. Without knowing where the UK might be trying to head, it’s very hard to plan, whether you’re a business, a citizen or a Commission negotiator: no headline goal means no way of building the more detailed things underneath that. My thoughts on this are long-standing and don’t bear repeating here, other than to recall that the UK’s current position is a set of mutually-inconsistent headlines (in the tabloid sense).

But as we move into Phase 2, where very precisely the future destination of this process is under discussion, it might seem logical that now is the moment to bite the bullet.

However, three big objections stand in the way.

The first is a point first suggested to me by @Sime0nStylites the other day, namely that Theresa May might well believe that she has a settled and suitably agreed plan.

Evidence of this comes from a speech given by her former strategy director, Chris Wilkins, to a UK in a Changing Europe event last week. Wilkins argued that May has always tried to place Brexit within a wider frame of the future of the country and the society we are trying to build. Laudable aims, but not obviously executed in practice. Matters of social justice do not map easily on to models of UK-EU relations and even where they do, Number 10 has not tried to make that case. As much as the tone of Wilkin’s speech might be understood through the lens of his former role, the decided lack of criticality suggests that the consistency of the Brexit agenda has not been seriously challenged on its own terms.

At the same time, my unwillingness to ascribe a lack of reflection to someone who has managed to make their way to the office of Prime Minister means that we have to handle this with a degree of caution. Even with her small circle of advisors, May has had more than enough exposure to critiques of the Lancaster House agenda to know that it is not sufficient to carry negotiations through to October. So there must be something more.

This leads nicely to the second objection, namely that there will be no detailing of a UK plan because no consensus is possible.

As the previous months has shown so frequently, the Cabinet – and the Conservatives more generally – remain split in their views. There is a significant group pushing for a hard break – up to and including walking away from the table – but there is also a blocking minority that wants a very soft model. Neither can force the other into a defeat, especially with a Labour party that continues to hedge its bets.

Obfuscation is thus a party management tool for May: by not collapsing her ambiguity she is able to offer treats to all, even as she fails to offer succor. As much as she appears to satisfy no-one, equally no-one can be sure of who might come next, so she remains in office. But that doesn’t mean she has freedom to do as she likes, but rather she has to continue to plot a tricky course between the different interests.

This domestic barrier is further aided by the nature of Article 50 itself.

There’s no intrinsic need to detail the final end-state within the Article 50 agreement, largely because it can be left to later. The only necessities are the Phase 1 issues, a framework for negotiating the new relationship and a set of transition arrangements. The first is in progress (albeit with some big issues still outstanding), the second is trivial and the last is close to agreement (since neither side wants to pick that fight).

Yes, once you begin the new relationship negotiations in April 2019, then you need an objective, but if you have a ‘full monty‘ transition, then there’s much less of a problem, since you’ve kept in place all the current policy arrangements.

To go one step further, the absence of a British position on the end-state might makes matters simpler, precisely because it precludes the inclusion of any language about the new relationship in the Article 50 text. Everyone can sign up to ‘deep and special’ (or similar language), but that hardly commits anyone to anything.

And to go another step, if May does fancy a softer Brexit, then this all would help to keep the UK closer to the EU, for lack of a viable alternative plan: going ‘full monty’ becomes an imperative to keep options open until a decision is made. The EU would likely not complain about a continuing stream of budget contributions without the costs of having the UK at the Council table.

As well as the cartoon programme, I also used to watch a Japanese show, about a monkey – made human – on some quest. I can honestly say that I never had the faintest clue what was going on and there never seemed to be a resolution, but it was quite a spectacle.

Importantly, Brexit is not a kid’s TV show. But the fog of confusion surrounding the UK government’s preferences on the future relationship with the EU are likely to hang around us from some time yet. How much of a problem that is – for the government’s longevity, for the conclusion of a deal on Article 50, or for the articulation of an idea of a future British society – remains debatable. However, if the UK is to move from crisis management to strategic planning, then that fog will have to lift. 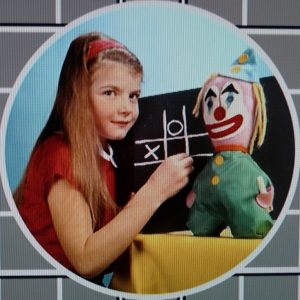