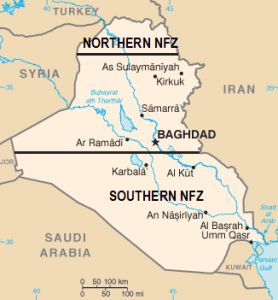 I think I’ve discovered a new condition. I’m calling it Maioaviophobia, or a fear of Theresa May getting on a plane.

Somehow, it’s taken until now to notice that it’s the flights that seem to produce the most erratic political behaviour from the Prime Minister. Just think back to that walking holiday last Easter, or her jaunt to Florence.

Like some wannabe columnist, it’s taken a third instance to detect a pattern and call it a thing. The comments late yesterday from Beijing on restricting citizens’ rights look like another case of a May misstep.

But is it really? Let’s consider the evidence.

Firstly, some context. This has been a miserable week for the government. The leak of an internal impact analysis reignited the debate about the costs of withdrawal, and sharpened the rift between ministers and civil servants.

Much worse though was the incipient debate about transition, hung around the agreement of the EU27’s mandate for Phase 2. While everyone has their lines ready for arguments about the costs, no one has gotten deeply enough into the issues of transition to know how best to handle it. The upshot was that it took the resurrection of an archaic term by – shock – Jacob Rees-Mogg to set the tone. ‘Vassal state’ is not technically correct, but it captured enough of the prejorative understanding to have stuck for now. Certainly, it seemed to contribute to a hardening of backbench feeling, both on Brexit and on May’s own future as leader.

With that in mind, the leak was probably a blessing for the government, as it shifted the talk back to more comfortable ground.

Which raises the question of why return to the horrors of transition?

This leads us into the substantive matters.

The starting point here has to be that the UK has long argued for the need for a transition, to cover the period between leaving in March 2019 and the entry into force of a new treaty. In the absence of any guidance on what form that transition might take, the EU has followed the path of least resistance and gone full-monty. I’ll not rehearse the arguments here again, suffice to say that London’s lack of immediate pushback on this model over the past months suggested that they were comfortable with it.

Telling, May’s comments yesterday still do not rise to a full rejection of the approach: she has not queried the need to remain bound by the vast majority of the acquis or the structures of governance (including CJEU rulings). Instead, this is a very limited challenge on the rights of those EU nationals moving into the UK during the transition period.

Put differently, it’s very nearly the least that can be done to demonstrate that leaving has meant leaving (to paraphrase), while simultaneously trying not to block progress on the negotiations.

The line here would be that since everything might be changing at the end of transition in any case, it’s not really a problem to dip a toe in the waters of limiting some rights or introducing new registration procedures with this category of people. However, that comes with great uncertainty for those involved and for their employers.

More narrowly, this’ll also be a problem for the European Parliament, who have always put citizens’ rights front and centre of their position on Article 50. Guy Verhofstadt has already indicated that this idea is a real problem for them: past experience should remind everyone that the EP is not a body to be trifled with when it gets a notion into its head, even if member states do try to apply pressure.

In all this we see the clash of approaches.

May has always worked from the need to limit free movement, so it’s natural for her to make this suggestion, especially when her party is openly wondering if it still wants her as leader. But equally naturally, citizens’ rights is central for the EP and its general mandate to represent the – um – citizens of Europe.

Since both get a veto on the final agreement, this is potentially a game of chicken that neither side wants to have to pursue to the logical end-point of a ‘no-deal’ outcome.

The compromise probably lies in allowing something like the introduction of registration for all EU nationals from March, with agreement to discuss the extent of rights in the framework of the new treaty, i.e. there might be a restriction down the line, but maybe there won’t be. That might give everyone room to claim a win.

However, for May the rest of this year promises to be incredibly painful: many more points of concession on the rest of the Article 50 package will be required, even before getting to the ‘meaningful’ vote in Parliament. Whether she can carry her party looks more problematic than before, even if nothing has changed [sic] in the basic situation.

Something to think about on the flight back home, perhaps?