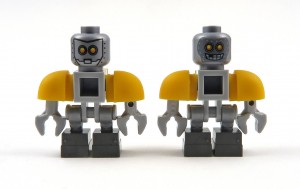 In all the talk of Brexit and transitions and new relationships, it’s easy to forget that the UK remains a full member state of the EU and will continue to be so for at least another 14 months.

My personal reminder of this was taking part in a radio phone-in the morning after the referendum, listening to a woman in tears because we were still members and the £350m/year for the NHS has just turned out to be a mirage. I can only wonder how she feels now.

But why mention all this? You’re all clever people and you know that this is the case.

But it’s easy to get caught up. Witness the enduring appeal of #DespiteBrexit on Twitter, where pro-Brexit types post news of the continued strength of the British economy. Much as it’s a corrective to the Project Fear rhetoric of the referendum campaign, it does miss the point that ‘Brexit’ (in the narrow sense of the UK leaving the EU) is yet to come: take it as an extended example of confirmation bias.

In such difficult waters, there is often a tendency to batten down the hatches, especially when one doesn’t feel that there’s a whole lot of trust out there: if ‘they’ aren’t going to engage with you, why should you engage with ‘them’? As a result, a lot of people are pursuing their own project, often to the exclusion of raising their eyes and looking about.

All this was brought home this week by the leaked letter from David Davis to Theresa May, complaining that the EU wasn’t respecting the UK’s rights as a member state and that by preparing for a ‘no-deal’ outcome to Article 50 it wasn’t acting in good faith.

The latter point was rightly swatted away by the Commission, who drily noted that, faced with a British government that repeatedly talked of ‘no deal being better than a bad deal’, it was only sensible to prepare for just such an eventuality.

But the former point has something more to it.

On the one hand, it is undoubtedly clear that the British government has not given its continuing membership as much attention as it should. With UKREP moving from the FCO to DExEU, it has become more of a local clearing house for Article 50 work than a Brussels base for shaping EU legislation and agendas. British negotiators in standard EU forums have self-marginalised themselves, not standing in the way of consensus among the EU27.

But it’s also the case that the EU27 (and the institutions) have pressed on with legislative agendas without the UK. The opening of negotiations on the next financial framework this week is the clearest example yet, as the EU seeks to set out its finances without the UK (and – it hopes – the rebate mechanism).

While there appears to be very little doubt that the UK will leave in March 2019, it was clear from June 2016 that this was likely to happen. And as a member state, referrals to the Court of Justice remain an option or British nationals that consider their rights to have been infringed. Moreover, if transition does end up with a ‘membership minus‘ model, then that right will continue for some time to follow.

All of which is to remind us that Brexit is a process, not an event, and that its consequences will play out over a very long period to come.