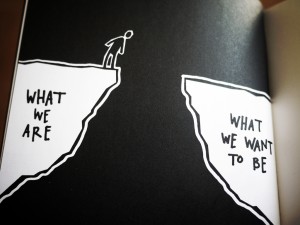 The great thing about the Christmas period is that pretty much everyone goes on leave, so we can all get some distance from work.

That’s been true of the Article 50 process as much as anything else: a flurry of activity to book in some final bits under “work done in 2017”, before mince pies, stollen and/or carp (as per local customs).

However, in that final rush to get out of the office there stands one element that remains deeply odd, in the sense that it was a conscious decision by the EU27, but one that doesn’t really stand up.

Rewind to mid-December and the European Council. As you’ll recall, the EU27 noted ‘sufficient progress’ on Phase 1 issues, and authorised the opening of Phase 2, albeit in March. Cue much jubilation all round on the overcoming of the barriers – erected by various parties – to getting a text that created enough ambiguity for everyone to feel they could sign up.

Less noticed were the pronouncements on transition.

In essence, the EU27 set out four key points on transition. Firstly, because there would be a transition, since the Article 50 final text will only wrap up current liabilities (i.e. Phase 1 issues) and establish a framework for negotiating a new relationship with the UK, rather than actually setting out the detail of that new relationship.

Secondly, that transition should look like membership, but without voting or representation rights for the UK.

Thirdly, the transition should be short, ending in December 2020, to match the EU’s multiannual financial framework cycle. Finally, it should be a one-off, with no option to extend.

Let’s consider each in turn.

Having a transition at all is now widely conceded to be necessary, on both sides. Notwithstanding the progress on Phase 1, the scope of a new relationship treaty would be much more comprehensive and complex, especially since the UK continues to talk of ‘bespoking’, which implies creating unique arrangements. Even an off-the-shelf option would need much time to tailor to the UK’s requirements and situation. And as it’s likely to be a mixed-argument – i.e. one where the EU does not has exclusive competence – it’ll need ratification by all EU member states, including some sub-national assemblies, as with CETA.

As a result, even DExEU has stopped talking of getting this new relationship in place by March 2019: ratification alone would take a year to do, even if it went smoothly. Better/more sensible to push that part of talks out of Article 50 and into a separate track that can kick in after leaving (when the UK will become a third state).

There’s been less interest in the ‘full monty’ transition (to use Jean-Claude Piris’ phrase) so far, but it has been in part a function of the running down of the Article 50 clock: just taking the UK out of the decision-making, but keeping everything else in place, is by far the simplest interim solution, because it avoids ‘transitioning’ into anything different, and so obviates the need to negotiate anything more detailed for the final Article 50 text.

The attractions for the EU are clear: the UK still pays into the budget, applies all rules, maintains free movement and the rest, but doesn’t get to vote on anything. Obviously, that looks less attractive for the UK, but it does avoid a double transition and provides more certainty for economic operators (and citizens, as much as they figure in discussions).

Moreover, it makes sense for the EU to propose this now, since the UK has yet to offer an alternative. Without one, however much the UK might say it wants something different, it has little chance of securing that something else. As so often in British EU policy, it turns out not to be enough to say that you don’t like something; you have to offer an better alternative.

So far, so clear: there’s a clear need for a transition, and for simplicity’s sake that the transition should look like membership. Less clear are the other two points.

A short transition was sold solely on the desire to align with the budgetary cycle: by getting the UK out at the end of 2020, the EU27 can have a clean run – without major bodges – at the next cycle, negotiations for which are starting now. Since the UK has already conceded that it will pay into the EU budget until that point, there’s a nice symmetry about it. It also speaks sotto voce to the EU’s desire to get done with Brexit and redouble the focus on the other issues facing the organisation: the UK wants out, we want them out, so out they go.

For the UK, brevity of transition, especially on ‘membership minus’ terms, might be the price they extract: telling the British public that the UK has left, but continues to apply all the rules, but have no voice, isn’t a good look, so it needs to be coupled to a rigid timetable.

But we run straight into the buffers of the first point: a new relationship treaty will take a lot longer than 19 months to negotiate and ratify. Everyone knows this to be the case, so why set a new deadline that is unrealistic, especially if you also say it will not be extended? This is perhaps the most perplexing element, since it sits very uncomfortably within a system that is used to allowing some flexibility in deadlines (e.g. as with Article 50 itself).

The danger is clearly then that – come the end of December 2020 – negotiations on a new relationship are still in train, with ratification (let alone implementation) still far off. Do the two sides then drive off a new cliff-edge and into a belated ‘no-deal’ scenario? Do they negotiate an extension; in which case, who needs to approve it, especially if that involves extending the transition period arrangements)? Do they stop the clock, when that might take days, weeks or even months?

This conundrum has been bothering me all Christmas and no enlightenment has emerged from the half-thoughts I’ve had between the brandy butter and the abject joy of New Year’s Eve. Three basic options suggest themselves, but none look very convincing.

Firstly, maybe this was all a mistake. But that falls at the first hurdle: all but the non-extension are included in the European Council conclusions, and the non-extension was repeated by various EU leaders, including Leo Varadkar who might be expected to have an interest in drawing things out. So we can disregard this completely: it was a conscious choice.

Secondly, this might be a bit of positional bargaining: the EU goes in with an opening offer, then expects to get haggled down. One might see that, but it doesn’t sit with the rest of the EU’s approach to Article 50 to date, which has been to set out key interests, and the consequences of choices by the UK, and not to try the haggling route. Partly that’s because the EU doesn’t work that way in third-party negotiations, the internal mechanics of agreeing a mandate for the Commission tend to lend themselves to the interest-based model: partly, it’s because the EU hasn’t yet found the UK to have very robust positions, so it has ever incentive just to ask for what it wants straight out.

Thirdly, this might be a gambit of some kind. The only one that comes to mind is that by offering a ‘full monty’ transition, it might open up a discussion now that this would be unfair to the UK, so maybe it might consider agreeing a withdrawal date for end 2020, so it can still be involved in decision-making. Article 50 allows for a later departure date than the two year window, so no problem there.

Obviously, the politics of this look vastly improbable: certainly, the current British government would fall if it tried to push staying in the EU until 3.5 years after the referendum. Moreover, it wouldn’t be Theresa May’s style at all to concede on this. And even if it did happen, you’d still need a transition period to run the new relationship negotiations, so it’s only value would be to keep a dream of continued British membership of the EU alive a bit longer.

As I say, none of these options really work, so the conundrum remains. Maybe the coming months will bring some clarity.