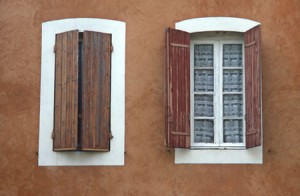 As we await the verdict of tomorrow’s European Council on the move to Phase 2, it’s perhaps useful to reflect on the decision-making style of Theresa May.

Last night provided a vivid illustration of this, with the amendment to the Withdrawal Bill, which provides Parliament with a vote on the final deal. We might discuss on another occasion how meaningful this is as a policy, given the likely political and time constraints, but its value for present purposes lies in the way it came about.

In essence, there are two ways you can make decisions: open or closed.

In an open model, you aim to build a consensus. That means reaching out to different voices and opinions, finding common ground. This makes it slower and more incremental, since you often have to work around specific concerns, but the pay-off is that you have a broader base for embedding the decision in the longer-term. As someone mentioned to me the other day, there’s a value in reaching across the aisle, if you know there’s a chance the other lot might be in power before too long.

The closed model is much more focused on power. You gather enough of it to overcome opposition at veto points (like votes) and you hoard it as much as possible. Because your supporting community is smaller, you can be more agile and are likely to make fewer compromises on the way, but without the inclusivity of the open method: it doesn’t matter if they don’t like, because they have to follow your decision, and they might come round in the end, in a realpolitik kind of way.

I’m putting May firmly in this latter camp, not just on Brexit, but throughout her political career. Perhaps it was a function of her long stint as Home Secretary – the Home Office has never been a place to promote inclusive policy-making – but it is clear that she does not care to share power any more than is necessary.

In the context of Brexit, we see this time and again. As Prime Minister, she has always kept the strategic planning to Number 10, gate-keeping through the (rare) speech and her slogans on the meaning of Brexit. The taking over of the final phases of Article 50 talks in recent weeks points to her desire not let Davis run loose. Her resistance to the High Court challenge from Miller and to Grieve’s amendment last night point to an unwillingness to open up domestic decision-making.

This is all quite understandable. The country faces a severe test of its abilities and intent, and May wants to have as much control as possible to pilot the very rough seas: her whole pitch to the party last summer was centred around her being the steady pair of hands, the calm leader in times of trouble. ‘Trust me’, she was saying, ‘but let me get on with it’.

But this all points to the fundamental weakness of the closed model: it’s brittle.

The point at which May lost control probably came with this year’s general election. It robbed her of her aura of determination and crystallised all those doubts that existed in the minds of others. The abruptness of that shift was all too visible, but it happens in almost every case of closed approaches: the signs are there around David Davis, especially after the fallout from Sunday’s interview with Andrew Marr (something that might still get much worse tomorrow).

Once broken, it’s very hard to repair the closed model, just as it’s hard to shift to an open model: May is temperamental not inclined to such a shift and others might mistrust her new-found openness.

Which leaves us with a question about what happens now.

For some, last night’s Parliamentary rebellion is the marker of a new, open model: Parliament will take the edges off the hardness and build on the latent consensus for a soft Brexit, maybe even ending up with full Single Market and Customs Union membership (rather than just ‘full alignment’). The absence of other credible leaders for the May-ist model might seem to point that way too.

But this risks over-determining last night. It remains far from clear that Labour is now solidly whipping for a particular outcome – as opposed to just making life uncomfortable for the Tories – or that Tory rebels have broad-enough common cause with the other parties.  Much feels as if it is still about opposing May, rather than a more positive project for Brexit.

Of course, negative projects can succeed – witness the EU referendum – but once beyond the thing you dislike, life becomes a lot more problematic – again, witness Brexit.

As long as the UK and British political debate remain stuck in debating why they don’t like things, they will find that – open or closed – they are much more likely to be the recipient than the instigator of meaningful political decisions.