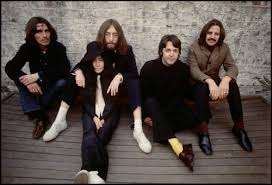 Last week, I snuck in an extra posting, as part of my reflections on a workshop I attended at Sussex on Brexit and euroscepticism. As I mentioned in passing, there were other ideas that floated around my head that day, including this one.

One of the more persistent ideas that I have tried to communicate to people – both academic and non-academic – is that it doesn’t make sense to talk of ‘euroscepticism’: it implies a coherence that simply doesn’t exist, given the vast array of ideologies, motivations and manifestations that are contained therein.

Well, suffice to say that this point is not currently enjoying wide usage, so maybe it’s me and how I express myself.

I had another bash at this last week, when I dipped my toe into popular culture – ok, the popular culture of the late 1960s, but still – to try and reframe the point. I also tried this point on Twitter earlier this week, so I’m now going to have a go and a more fulsome attempt.

The Beatles as the EU

I’m going to assume you’ve heard of The Beatles, so we can avoid an early end to this post. I’ll also assume you have a view on their work and impact.

Now think of the Beatles like the EU. Both represent the emergence and mainstreaming of a new form – of music and political organisation – in the post-war period, both building on elements that existed elsewhere, but never in such a substantial and consequential kind of way. In fusing various traditions and practices, both produce something innovative, albeit with much less screaming and protestations of love in the EU’s case.

To do this is not to attribute affect to either at this stage: like them or not, they matter.

But of course, affect does get applied to both and this is where we encounter diverging paths.

On one path, you can argue that both mark out the future: their invention and creation fundamentally change the nature of what is possible and irresistibly draw in all who follow. Sure, there are people who don’t like them, but no one can ignore them and ultimately everyone will be shaped and conditioned by them.

On the other, you might feel that they’re alright, but they are not all that: they represent just one or the many possible ways of doing things. Maybe they do influence things, but there are other traditions, other practices, that do not lend themselves to musical or political assimilation. In some cases that’s a matter of choice, but in others it’s more a matter of nature, because the basic assumptions underpinned those alternatives start in a radically different place.

The basic difference in positions is thus how one sees others: in the former, any expression of difference is largely one of the squeak of adjustment to the new reality; in the latter, it’s the legitimate expression of another world-view.

So who’s the eurosceptic in the Beatles then?

The thing about seeing the Beatles (or the EU) as the best thing since sliced bread is that one tends to become rather protective: anyone or anything that gets in the way or disrupts them is A Bad Thing.

At which point we say hello to Yoko Ono.

In the Beatles-as-the-future option, Yoko is a wrecker, a destroyer of harmony (on both senses). She comes in, distracts and then removes John from the mix and generally takes the band away from their core mission. One sometimes has the impression that some fans would prefer that the Fab Four had been locked in a room, so they could produce their work, unhindered, for the rest of their days, away from distraction.

But in the Beatles-as-one-possible-path model, Yoko is simply one more influence on a band that has always thrived on meeting and incorporating influences: think of their encounters with mysticism, drugs and their changing personal situations, all of which threw up new classics (and Yellow Submarine).

Moreover, Yoko is not simply a function of John, but a person and an artist in her own right: the Beatles did not call her into existence, but rather found her drawn into their orbit, where she changed them, just they changed her.

And I’d argue that euroscepticism is a bit like Yoko, in this second model.

The large majority of eurosceptics were previously politically active prior to their adoption of euroscepticism, and all eurosceptics have world views that extend beyond the question of European integration. But their interaction with the EU gives a focus and a direction to their political activity. And – just like Yoko – once they step away from the European issue – as is happening in the UK – they still have ideas and interests that they want to pursue.

The problem comes from those who treat eurosceptics like Yoko-the-wrecker: an annoyance, that should just go away or be ignored.

That approach has not worked and will not work, for the simple reason that eurosceptics are invested in their work, just as Yoko was invested in John. The key difference is that Yoko never tried to make the band into graphic artists.

But it does point towards a strategy for the EU, namely seeking to bring eurosceptics back into the debate, to demonstrate good faith in discussing and debating their ideas and seeing what common ground exists. I appreciate this is moving away from the Beatles/Yoko thing, but that’s always the problem of the over-extended metaphor.

So there we go, a different way of thinking about eurosceptics.

If you want to make a case for Ringo-as-eurosceptic, please feel free to write your own post on that one.