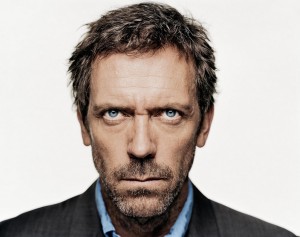 About a year ago, I attended a meeting in Cambridge, to discuss the aftermath of the EU referendum.

Alongside all the rage and fury of those who felt they had been cheated, one woman asked me specifically about how to mitigate the impact of Brexit on her area of expertise, namely the conservation of rare natural habitats.

About which – specifically – I know nothing.

How I was able to give some advice to her, and it’s the same advice I will give now to all those who feel they have a stake in Brexit and who want their voice to be heard.

Brexit is huge. It covers and shapes everything right now. Every bit of public policy is affected by, and affects, Brexit. As can been seen in the legislative agenda for the current, long Parliament, there really isn’t anything else of note happening in the UK right now. Even on the EU side, while there is some more bandwidth available, it’s still a very involved and involving process.

Which means several things are happening.

Firstly, very few people have an overview of the entire process. In the UK, they sit in Number 10 and DExEU; in the EU, it’s Task Force 50 and some national chancelleries. Those individuals are exceptionally pressed by demands on their time, because they are the first point for arbitrating between the myriad different pressures for influence.

Secondly, most of the other people involved in the UK are not specialists in the EU, but rather in their area of specialisation.

Finally, as the opening phase of negotiations has shown, positions on either side are not reversibly set.

All of this leads to some logical points of pressure for those seeking to advance their agenda.

For those with issues that are very policy-specific, the most productive way forward is to provide ideas to those involved that marry up the policy-specific aspects with a framework that fits into broad Article 50 objectives. To take the opening case, it might be assumed that nature conservation is not on the radars of the key protagonists in London and Brussels, and that then local officials are caught up with bigger environmental regulation matters. By producing a set of policy recommendations that show those local officials how they can handle the specific issue as part of what they have already said about their plans, the activist might well be able to upload her preferences to that group, who might in turn be trying to upload this to the national negotiating team, who might in turn put it on the table as part of a bigger package.

In short, in a world with a huge pile of issues and specifics, any idea about how to advance is likely to have a good deal of traction.

But it’s possible to go further than this. Most obviously, building links with counterparts in other EU states opens up the possibility of advancing ideas and preferences that already have the buy-in of all local policy communities. Just as the EU makes decisions by working from the technical to the political, so too will Article 50 proceed.

Of course, this does not really work for more cross-cutting agendas, since the people to influence – the main negotiating teams – are under both extreme time pressure and close political scrutiny.

Here the approach might be better described as side-stepping. A head-on assault is unlikely to work, unless one can count on a very strong groundswell of public support, something that has been noticeably absent to date.

Instead, it would be more productive to try to feed the issue in via specific policy areas, in the manner already described.

To take one illustration, rather than pushing for a general, full preservation of citizens’ rights, as some have done, it might be more useful to focus on securing certain key provisions that then force movement in other areas. Thus the UK’s suggestion that five years’ residence will be needed to secure settled status might be a focus, since removing that requirement might also keep more freedom of movement than otherwise might be possible.

And this suggests a final option: the block-buster.

Within Brexit negotiations, there are several highly-problematic issues; ones that have no immediately obvious solution. The Irish border is the most significant one right now.

If one could find a credible solution to this, then potentially that could leverage change in other areas of policy. In the Irish case, that might include moving preferences on free movement, customs checks, identity cards, trade barriers and more. The negotiating parties might be willing to bend on these if they saw it as a price worth paying for the resolution of the other issue.

Of course, the very fact that no-one has come up with such a plan suggests that this is not easily done.

However, the basic strategy for anyone remains simply one of making yourself useful and constructive.