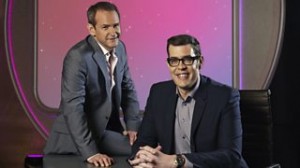 And so the latest disruption to the process of the UK’s withdrawal from the EU draws to a close. Much like the delay in Article 50 notification before it, this General Election has achieved little, except to underline that the British political system still hasn’t got its head around the entire matter.

While there will be countless pieces exploring what the results mean for Brexit, the basic message is going to be that they don’t mean much. If the Tories are returned, then there is no sign of any plan beyond the banalities that litter the White Paper: If Labour pull a surprise victory out of the bag, then they look no more able to fashion a coherent set of objectives. Only in the event of a hung Parliament, where the SNP and LibDems hold the balance of power, might something come of it all, but even then one hesitates at the thought of the media onslaught that would ensue.

Underlining all of this confusion is the passionately held belief that Brexit shouldn’t be the key debating ground for this election. Certainly, May called it on the basis of needing a strong mandate, but the real focus has been on the character of the leaders: if there was a visible policy, there is was social care that has stuck out. There is something of a sense that Brexit is important, but there’s nothing to be gained by talking about, as it’s a giant bear-trap, and one that many voters lack interest in.

Thus we end up where we left off, in April at the start of this election: with confused policies and confused politicians.

And the clock ticks down all the while.

If there is a winner from all this, then it is the EU. It has been able to work on its positions, fleshing out ideas without direct challenge from the UK, building consensus for the Commission team.

Neither side gains from a non-deal, but the onus is much more clearly on the UK to secure a package, so the ability to pull something together as the EU has done can only be to its advantage. As I have suggested before, May is best understood as someone who recognises that a deal on EU terms is coming down the line, so it makes sense to gather as much political capital as possible in anticipation of the storm. Sadly, that approach looks much less viable today.

There is a certain calmness in the EU’s actions. Part of that comes from the necessity of patience in an organisation that often takes a very long time to make any decision. But it also reflects the strong negotiating position that it holds in these talks: there have not been the tensions between the EU27 that many – including myself – anticipated, and all of the likely outcomes are ones that the EU can live with. Either the UK abandons leaving, or it agrees to an EU-designed deal, or it falls out without a deal: the first two axiomatically work for the EU, while the final path at least looks not to contaminate the rest of the EU.

In short, this general election has been a distraction: as we head to 19 June and the start of substantive negotiations, that will become even more apparent.