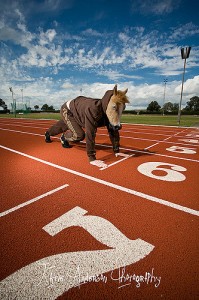 It is with more of a whimper than a bang that the first week of campaigning in the 2017 General Election begins. On the one side, a Prime Minister who feels herself to be in such a position of strength that she doesn’t need to explain herself or her plans. On the other, the other parties hurriedly trying to get their acts together, while smiling brightly and talking up their (meagre) chances.

At the heart of this is Brexit: the decision to call the vote most makes sense in the context of Theresa May having now submitted formal notification under Article 50 to withdraw and the opportunity to simultaneously strengthen her position in the Commons and run the entire Brexit process under a single administration.

Much of the discussion so far in the campaign has therefore been about the differing visions for that process, albeit in very different ways.

May is presenting Brexit as a fait accompli, in which the only question is who is best placed to provide ‘strong and stable leadership’ to see it through. There has not been, and will not be, any unpacking of specific negotiation points or preferences beyond the vagueness of the White Paper.

The Liberal Democrats are doubling-down on their profile as the party of the 48%, albeit now with a shift from opposing Brexit completely to opposing a hard Brexit. Buoyed by their by-election successes since last June, they see this as a viable political base on which to rebuild after the disaster of 2015.

For the SNP, Brexit and the General Election is an opportunity to nail down the message that May (and Westminster more generally) doesn’t care about Scotland, to help reinforce the momentum for a second independence referendum.

Which leaves Labour, riven and confused. Even as Keir Starmer presented his party’s more developed plans for Brexit on Tuesday, gaping holes were being picked in it from all sides, quite apart from it being different again from the various ideas that have been floated before. Most damningly, the policy looks like one that would have made much more sense to be used prior to the Parliamentary votes in March, where Labour appeared to cede the floor to the government in running negotiations.

Seen in the round, two observations are most striking.

The first is that there has been very little discussion about how Brexit fits into a bigger picture of the future of the country. Important as it is, leaving the EU is not the be-all and end-all of British politics, and it can be given shape and direction if there is broader conceptualisation of which kind of role in the world is foreseen and aimed for.

The second is that there has also been scant debate about the detail of what Brexit might entail.

The generous interpretation of this is that everyone has recognised that Article 50 is not a process in which the UK gets to have much of a say. Instead it will be the choices made by the EU27 and the European Parliament about what to offer that really matter. As David Allen Green is helpfully illustrating, the EU institutions have taken a very consistent and clear line since the day after the referendum on how things will proceed, driven by the legal requirements of Article 50 and the common interests of the remaining member states. Thus it makes little sense for parties to commit themselves to substantive positions that might have to be overturned as negotiations develop.

The slightly-less generous interpretation is that even if this power imbalance is noted, then the best response is to try to frame one’s statements so that it looks like the EU is coming around to one’s position, when it is actually the reverse. At times, Theresa May has looked close to this, as with her decisions to avoid an unwinnable clash over separating freedom of movement of people from the rest of the single market, or to accept that the Court of Justice will have to play a role in overseeing any final agreement. Indeed, there is no example of May to date advancing a position that the EU has subsequently moved towards.

If this seems a rather pessimistic take on matters, then it is as much a commentary on the long-run failure of British policy towards European integration. The fundamental problem has been that there has – almost without exception – been only one frame within which European-level decisions have been taken, namely that of domestic politics. This General Election is a case in point: the government will gain no material advantage in negotiations as a result, and has indeed further tried the patience of interlocutors as another delay in substantive negotiations is introduced.

However, things are as they are, so how best to proceed?

One area that remains particularly neglected to date has been the dynamic nature of the future relationship with the EU. While much attention has – rightly – been given to day-one issues, such as the rights of EU nationals in the UK or the potential introduction of border and customs controls, almost none has been devoted to all the days that follow.

The EU nationals issues provides a good illustration. These individuals fall into three categories. The first are those currently in the UK: do they retain their current rights and assess to public services? This has been the predominant question that politicians have discussed and not reached a conclusion on, even as they all claim that it deserves immediate resolution. But there are those individuals who currently reside in the UK, who might leave – for shorter or longer periods – and then return: do they retain the same position as those who remain, or is there some reset cut-off? And, most significantly, what about those EU nationals who are not currently in the UK, but who might want to move in future?

So too with market regulation. While the Great Repeal Bill makes much of incorporating the acquis into British law, so that there is no regulatory gap, this will only last as long as it takes the EU to produce a new piece of regulation, which it does on a daily basis.

Among the many flaws in the British debate has been this conceptualisation of Brexit as an event; a day on which we leave and that’s it, done and dusted, when ‘Europe’ will disappear as an issue and a problem.

Instead, it will be a long and drawn-out process. Yes, there will be a day when the UK ceases to be a member, but everything points towards an extended period of working towards a new stable relationship. Divorce is an unhelpful metaphor, but we might note that the day one gets the decree absolute is not the day that every aspect of one’s marriage is tied up.

The sooner that all parties recognise this, the more likely it is that sustainable solutions can be found.

This post originally appeared on the PSA’s Insight Plus blog.