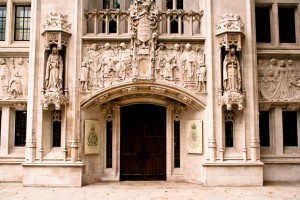 The British Supreme Court ruling of January 24 was a mixed result for the Prime Minister Theresa May’s government (PDF).

On the one hand, they saw their earlier defeat in the High Court defeat confirmed, committing them to passing legislation through parliament before they can start the formal process of leaving the European Union under Article 50.

On the other hand, the court unanimously agreed that the Scottish and Northern Irish assemblies did not need to be consulted, closing down what might have been a very awkward development, given the majorities to remain in the EU in both nations.

Perhaps most importantly, the case highlights the extent to which the government has failed to develop a coherent plan of how to manage and pursue Brexit, albeit having decided what substantive outcomes it seeks.

Having made a very strong commitment to starting negotiations by the end of March, May now finds herself having to squeeze a bill through parliament, something that could have been done much more leisurely if there had not been an appeal to the original ruling in November.

To be clear, there is no real chance that parliament will not pass this bill. Despite a majority of MPs and Lords being in favour of remaining in the EU, there is broad acceptance that the June 2016 referendum was legitimate and its result is to be respected. With a Labour Party leadership stating that they will push for support of the bill, there are insufficient rebels on either side of the House to overturn May’s majority.

What is much less clear is the price that parliament will extract for its support. Most obviously, there is very strong support for a White Paper, which would outline the government’s plans in a more formal way, before voting on such a bill, as well as many voices asking that parliament should have oversight and scrutiny of the Article 50 negotiations.

Until now, the government has only grudgingly conceded that parliament will have a vote on the final deal, but without the opportunity to shape that deal this means little.

As such we are about to see a frenzy of activity in parliament once the draft bill is published. The government will be able to avoid the more radical amendments, but is likely to find itself pushed to accept more oversight, especially if Labour can find and keep some discipline on the issue.

Once again, Jeremy Corbyn cuts an ambivalent figure here – torn between a general dislike of the EU and its works and a worry about the erosion of workers’ rights caused by the Brexit. While Tory rebels have started to build links with counterparts across the House, it remains to be seen whether they can outmanoeuvre the government.

What of the other nations in the UK?

There is an added complication to all of this, caused – ironically – by the Supreme Court judgment. The closing-down of any role for Scotland and Northern Ireland in Brexit negotiations might have side-stepped matters now, but it is clear that it hands the Scottish Nationalist Party (SNP) a very strong stick with which to beat the drum for a second independence referendum.

While the SNP had been one of the very few parties to be prepared for a Leave vote in the referendum, they have been hamstrung by opinion polls that suggest the Scottish public are not particularly eager to leave the UK.

First Minister Nicola Sturgeon moved quickly after the Supreme Court ruling to present the decision as a marker of how little control Scotland has over its own future. With a commitment to bring a motion to the Scottish Parliament shortly on the triggering of Article 50, Sturgeon is clearly working on using this as a way of getting voters behind her, as and when she decides to hold another referendum.

Regardless of the result, Theresa May will find that such a referendum will require time and effort that she can ill-spare from Article 50 negotiations.

If Scotland holds the potential for a break-up of the UK, then Northern Ireland holds the potential for the further undermining of the peace process. While the collapse of the Executive last week was not due directly to Brexit, the widespread concerns about the re-imposition of a hard border with the Republic of Ireland and about the disentanglement of the EU from the Good Friday agreements have left many on edge.

The Supreme Court’s marginalisation of the Northern Ireland Assembly is a further blow, albeit one whose effect remains to be seen as new elections get under way.

Discovering the full extent of Brexit

Taken together, the overall effect of the Supreme Court has been to change the manner of Brexit, rather than the destination. The bold political reality of the referendum remains as before, but we are now seeing the emergence of different political takes on how to handle it.

The suspicion that many voters have voiced about “the establishment” trying to overturn the referendum remains unfounded, but the lack of a clearly defined plan makes it easy for politicians and commentators across the spectrum to point to actions that look dubious.

In reality, the British political system is still trying to discover the full extent of what Brexit might involve, as well as what might be done within that. Except a lot more debate about what the options might be in the coming months and years, long after this legal complication has been dealt with.

This piece originally appeared on AlJazeera.com