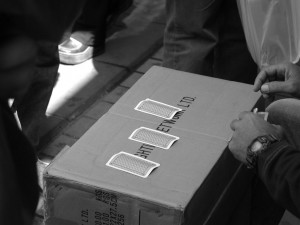 As we’ve moved into the last stretch of the referendum, we’ve seen the emergence of a new dynamic: the referendum-as-general-election.

In setting out more clearly what a post-Brexit future would look like, the key figures in the Leave campaign – Boris Johnson, Michael Gove, Chris Grayling and Priti Patel – have also been sketching what a post-Cameron government would look like, presumably with them in positions of power and influence.

This trend has been really come through with yesterday’s announcements on immigration – extending the non-EU points system to EU nationals – but was also arguably visible in the various pronouncements on reasserting sovereignty, via a constitutional court or a British bill of rights or a sovereignty act.

At a tactical level, there is something to this approach. Given the difficulty of keeping public engagement with the EU issue turning the referendum back into something that looks more like a general election looks potentially productive: focus on people’s unhappiness with ‘the government’ and David Cameron and kick them/him out.

Of course, this assumes people overlook that you’d be replacing one Tory government with another, but one might argue that this model is part of the explanation for why Jeremy Corbyn isn’t fighting too hard to save Cameron’s political skin: maybe the turnover of power splits the Tories and gives him more of a chance in 2020. It certainly rubs the same way as Corbyn’s general ambivalence about the EU.

There is a certain circularity in that view, since it has been precisely Corbyn’s ambivalence that created the space for Johnson and co to make this push: it’s not coincidental that the biggest figures in Leave have come from the Tories, given the depth of feeling on the EU issue and the additional prize of the party leadership.

This dominance has become self-reinforcing, as they have been able to set Leave’s agenda more and more. UKIP and Nigel Farage have been active, but marginal at the strategic level, unable to make this kind of government-in-waiting play. This suits the Leave Tories, who not only re-direct UKIP’s populist challenge, but also get Farage campaigning for them. In the long run that might cause ‘the establishment’ a problem, but not just yet.

To see the referendum as a power-play within the Conservative party is a cynical position, and I wouldn’t pretend it’s anything like the whole story, but it feels like it’s going to be the most consequential one in the short- to medium-term. Either EU membership is secured and pushed hard off the agenda by Cameron and his successor, or it’s a few years of trying to find a model that works: not there’s no rupture, no breakpoint where everything changes.

However, there is a certain irony here. As my economist colleagues like to note, there’s never a free lunch. The price that Leave Tories look like paying comes from the choices they’re making now.

Their choice of immigration control is simple and clear, but it necessarily precludes an EEA-style post-Brexit agreement, since it’s incompatible with free movement: the EU has no good incentive to break the habit of its lifetime and offer full market access without free movement of workers. That in turn closes down the option that would offer the smoothest transition out of the EU for the UK and raises the costs of building a more arm’s-length relationship, not mention the likely economic costs that most analysts suggest will be incurred.

Likewise, the legal options being laid out sound lovely – who doesn’t want have control of our decisions – but are in practice terribly complex. Having spent a day in a room with legal experts this week, I’m happy to take their opinion that the proposals are either meaningless or would imply restrictions on politicians’ power that they are going to have be incredibly selfless to accept. Making no judgment on any future government, the fact that such selflessness hasn’t been shown by any previous administration suggests that we might be sceptical about the chances of change. Moreover, even if they do happen, then they imply a change in the British constitutional order much more wide-reaching than even EU membership has wrought.

Whether the village will let itself be destroyed to save it is very much an open question.