Yesterday and today see the organisation of a large conference in London, organised by Open Europe and the Fresh Start group of Tory MPs. Entitled a ‘pan-European conference for EU reform‘, it proudly announces that it brings together speakers from across the EU to discuss how to change the Union.

The big draw on yesterday’s roster was George Osborne, whose main theme was that the EU needs to reform or decline, coupled to some vague language about failure on the former leading to the UK having to step back, so causing the latter.

At one level, such an event is a clear riposte to those who argue that sceptics are all problem, no solution. The #EUReform twitter feed yesterday was full of ideas about liberalisation, deregulation, changes to this and to that. The stick that used to beaten against them is now a vehicle for programmes and projects of change.

At another level, it reflects the persistent misunderstanding of the nature of European integration. 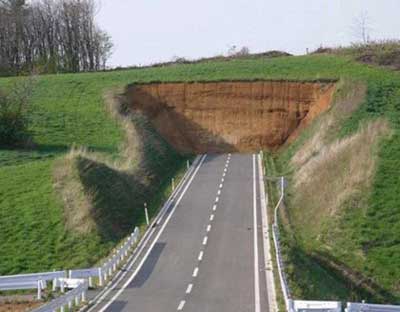 The EU (and its predecessors) exist in a permanent state of flux. Indeed, the simple fact that I have to note the EU’s predecessors in the previous sentence is simple illustration of that fact.

For all that sceptics rail against ‘rule from Brussels’, the legal and political reality of the process is that member states retain the primary control of the system. They own the treaties, they pay the bills, they chose to self-limit their power, even as they chose when and whether to implement legislative outputs. Whatever coercion there is within the system comes from a voluntary desire to ensure that such gaming is kept to a minimum. Indeed, we might note that the power of the ECJ to issue fines for non-compliance with rulings was a British initiative, not some eurocrat’s.

Moreover, the Union has always been changing. From the EEC we saw informal expansion into foreign affairs and new parts of domestic policy, which in turn was captured within the Union structure of Maastricht, which in turn facilitated cooperation in more new areas. Treaties catch up with the reality of integration, as much as they open up new areas (a point that Moravcsik never quite explored in his liberal intergovernmentalism).

As I’ve noted before, pro-Europeans are just as varied as sceptics, and the entire history of European integration has been one of contestation and debate and, ultimately, of reform. The concept stretching of euroscepticism to include anyone with an idea about change is meaningless, since nobody thinks that the EU is just right as it is.

In essence, events such as this one are creating something of a straw man, projecting an image of a Union that is unchanging and inflexible. A moment’s reflection on what has happened in the years since Lisbon – most obviously in the field of economic governance, but also elsewhere – should give the lie to that image.

All of which should raise questions about intentions. Certainly, several of the speakers know that their suggestions/demands are fundamentally incompatible with the current structure of the Union and would require a white-sheet approach. Memories of the Constitutional treaty process post-Laeken are still fresh enough to make that very unlikely.

But Laeken should also remind us that white-sheets still end up carrying the imprint of what came before. Even when presented with the opportunity to start all over again, the consensus was that the least problematic outcome was something a lot like what we have now: a blend of intergovernmental and supranational elements, with much scope for contingent action. For all the talk of socialisation and of emergent European-level governance, states still largely get to do what they want and it’s disingenuous to pretend otherwise.

As we rumble on towards the European elections, these debates will continue (largely within national frames, it should be noted). Whether that heat will produce much light, remains to be seen.