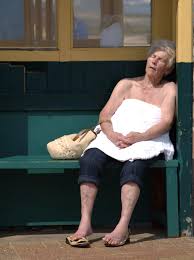 The torpor of summer is crawling across Europe: the siren call of that holiday you’ve promised yourself all year grows ever louder, even as your workplace empties.

So what better time of year to be kicking off what prove to be a decisive stage in the Brexit process?

Next Tuesday, we’ll find out who has won the Tory leadership contest (Boris Johnson) and which of his plans is actually going to happen. Or perhaps we’ll see the springing of a Parliamentary revolt before his feet even get under the table at Number 10. Maybe the Queen will want proof he has a majority before accepting him as the new PM.

Or maybe we’ll just roll into summer, desperate for a break and eager for the hope that someone else will sort it out before September comes round.

This is only partly about summertime: it’s much more about the pain of politics at the moment.

As we’ve seen endlessly rehearsed, none of the options on the table are pleasant, happy ones, which would make everyone – or even, many – content. Instead, they all involve substantial costs; to economies, to politics, to reputations. The incentive here is to avoid those costs, to push them on to someone else to deal with, rather than to seek out consensual solutions.

This has been the theme of Brexit, ever since June 2016 and there’s no good reason to think that will change.

With that in mind, perhaps it’s useful to think about what other indicators there might be to the coming weeks/months, based on what we’ve seen so far in the UK.

The most obvious candidate so far has been the strong tendency to delay what cannot be easily addressed. All of the steps to date have been very much weighted to the back, from the protracted wait to get to Art.50 notification, through the backstop package, to the saga of UK ratification. There has not been a single point where the earliest possible opportunity was taken to tackle an issue.

As I tell my students in negotiation, delay is a valid tactic, but only if you have a constructive plan to make use of that time. The vague hope that something will pop up is not such a plan.

The second offering is the observation that the overall direction of travel has been consistent with the expected process: the UK votes to leave; it notifies its intention to leave; it negotiates a Withdrawal Agreement; it tries to ratify that. The calls to either stop that process or to exit it into a no-deal have failed to gain wide support, broadly speaking, with the implication that there is some weight behind continuing down this path.

For all the Johnson talk about no-deal, it’s more striking to me that there remains a presumption that a deal is preferable (and achievable), when it is self-evident that such a thing cannot happen in the terms being suggested. Since I never resort to the notion of stupidity to explain behaviour, either the rhetoric or the approach is wrong.

Which brings us to the final thought: actions have been a better indicator than words.

A lot of people have talked an awful lot about Brexit – yes, including me (BTW check out the podcast: it’s got some great interviews) – in such a contested political space, the capacity to separate the signal from the noise is limited. That’s especially true when so many political actors are trying to power-stance their way to the front of the debate.

Much more valuable has been looking at material actions taken, be that in organisation, or in negotiations or in votes.

As I’ve argued in this thread, that’s where we’ll learn more about Johnson’s next steps:

I've not tweeted much about #ConservativeLeadershipRace, mainly because I'm placing a high discount on their Brexit remarks prior to actually entering office.

However, it's useful to think about what we should look for in those opening days

All of which might just be a long way of saying that you might better use this weekend to do something else.