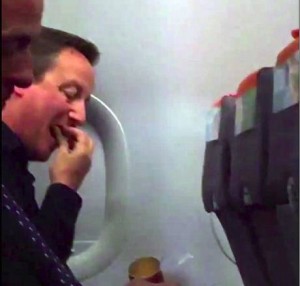 Carb-loading for the autumn ahead

In these dog days of summer, there’s not much happening in the world of EU politics. Except the on-going debates on the third Greek bailout, arguments about managing asylum applicants and immigrants and the simmering British renegotiation. And the third of these is very much the least, certainly in Continental terms.

To date, the renegotiation has been very low-key: a round of visits to capitals by David Cameron, the briefest of discussions at a European Council and now more substantive talks about nuts and bolts. With most of the British principals on holiday, fighting leadership contests or generally keeping a low profile, it’s an opportunity to see some of the underlying currents more clearly.

This week’s mini-revelation was an article in the Times, claiming that former health secretary, Andrew Lansley, had told a private meeting that the government’s plan is to have a confected ‘row’ with the French, which would be ‘won’ by the British, about the time that the renegotiation was coming to a head, so that the British public could be presented with a stronger-looking package on which to vote (in September 2016, according to Lansley).

Cue much comment from those on the ‘no’ side, decrying the cynicism and the brazenness of the claims.

On the face of it, this is an odd state of affairs. Lansley is one of the more pro-EU figures in the party,  and not obviously a fool, but it’s hard to see how he couldn’t have foreseen his comments being used by others against him. Perhaps he intended his words to be comfort to his audience, in that there would be something to show for the government’s efforts, but one has to wonder.

However, whatever his intentions, the leaking of Lansley’s comments are indicative of the way this renegotiation and referendum campaign have been going.

To date, the main thrust of debate has been procedural, rather than substantive. Cameron has kept his list of objectives deliberately vague, leading to the odd situation where his actual words bear little difference to the rhetoric of reform found in other capitals or in Brussels. Consequently, different groups produce their own wishlists of reforms, but without producing any public debate, beyond that linked to specific issues in the news (most obviously immigration).

Instead, the talk has been about how things are being organised: what’s the wording of the question? what’s the franchise? what limits on campaigning will there be? what about purdah?

The reason for this is two-fold. The first, already mentioned, is that there’s little of substance to discuss. The second is the neither side has any great trust in the other. Certainly, the ‘no’ side seem to hold a genuine fear that each and every opportunity that the government and the ‘yes’ side can take to win some advantage, they will do just that.

Now, one could argue that this is all just part of the way that referenda work, especially when they are within the gift of the government. As the old (political) truism goes, you only hold a referendum when you know what the result is going to be. In this case, Cameron’s hand was forced somewhat, but that doesn’t change the basic calculation, namely that he needs to win this vote and he will do what he can to achieve that. Put like that, one could imagine a sceptical government in this position entertaining similar ideas about generating some helpful outrage as a prelude to a vote on leaving the EU. That doesn’t make it right – certainly in the eyes of voters who are already pretty disillusioned with politicians – but it does make it more understandable.

Of course, by printing Lansley’s comments, the Times has done something more cunning. It has closed down much of the benefit of the potential opportunities to create a positive story around the renegotiations. Imagine that the government does genuinely have a spat (journalese alert) with another member state, which it genuinely resolves to its advantage: even if everyone says it wasn’t contrived, it will be easy for the ‘no’ camp to point to this week’s story and say “I told you so.” In short, this is a lovely bit of political jujitsu, turning a ‘yes’ gain into a loss.

The upshot of this is that no-one is talking about the referendum as a point of resolution, but as a staging post to the next round of the debate. Short of a very substantial majority on a high turnout, the losing side will be able to claim that the vote wasn’t ‘fair’ and that they must fight on – and both sides are willing to do that.

As noted before on this blog, if that meant that there was a national debate about what the UK’s role in the world should be, then that might be alright, but so far this referendum smells of party politics and opportunism. All might well be fair in love, war and referenda, but it doesn’t address the long-term problems confronting the country or the state of democracy.